Naseem Akhtar, a lady from Pakistan has received the honor of stitching the first-ever Holy Quran. The creation itself is a masterpiece and reflects her hard work and dedication towards Islam. 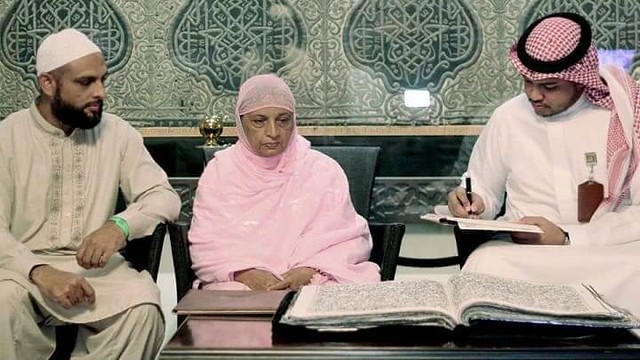 The stitched Holy Quran has a weight of 60 kilograms and is made out of cotton cloth. The lady has used the contrast of gold embroidery with it which marks perfection. The cover page of the Holy Quran has a silk border and she has chosen the same pattern for each chapter. 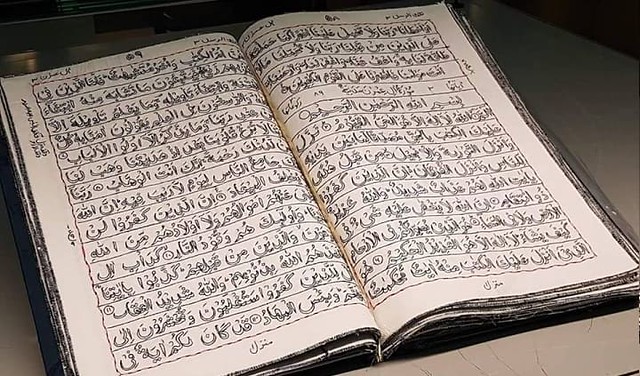 At the beginning of each chapter, she has made a separate cover page. Not only this, she has stitched all the verses of the Quran in lively green color.

All her work is handwork and none of it uses the machine. She has not even taken help from anyone else for the very purpose. She has completed all the Quran on her own. 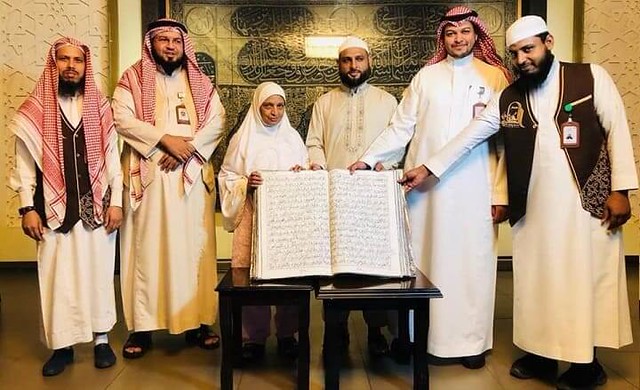 The tale of hard work: It took Naseem Akhtar about 32 years to complete the masterpiece. She was a young lady when this idea suddenly strikes her and she did not hesitate in undertaking it. She, however, did not know that the project would take decades to complete. 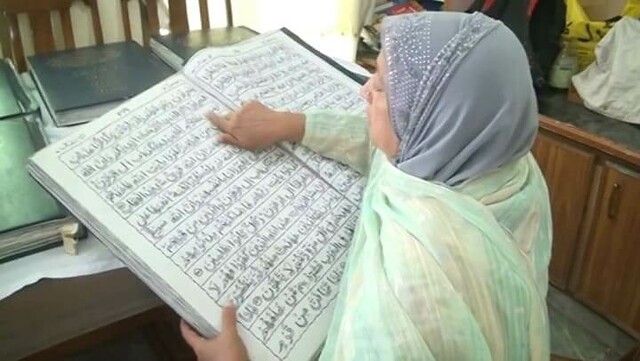 Appreciation by Saudi Officials: Naseem Akhtar, who currently resides in Gujrat was also invited to Saudi Arabia. When the Saudi officials received the news that Khan has written a Quran that is not less than a masterpiece, she was called to Saudi Arabia.