Pakistan is labeled as an underdeveloped nation. Yet, many people do not know that there are many Pakistani scientists and inventions that changed the world.

Dr. Samir Iqbal, a Pakistani scientist has the honor to invent a method to discover cancer cells at an early stage.

He used a nontraditional method of cancer cell detection. Accordingly, nanotextured walls are used that imitate different layers of the body tissues which make it possible to diagnose cancer. 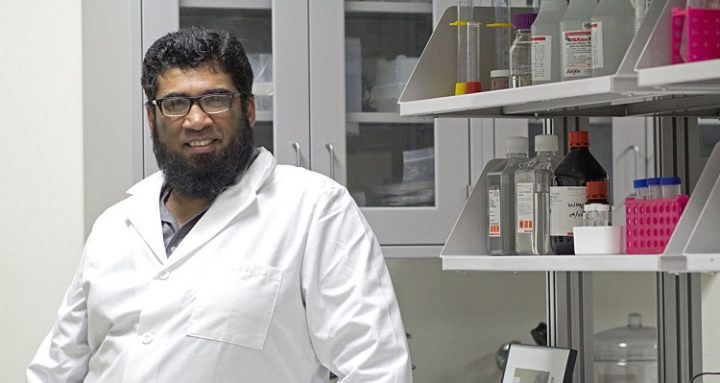 Abdul Salam, a Pakistani scientist holds a Nobel Prize for his remarkable services in the field of a theoretical physicist. He was the first ever person to discover the science of electro-weak unification and thus this Pakistani invention changed the world.

During 1960-74 he served as an advisor to the government regarding science and technology.

Ayub Khan Ommaya was another internationally-known scientist on brain injury and the inventor of the Ommaya reservoir, which is used to administer chemotherapy to the site of brain tumors.

This Pakistani invention is used today for brain tumor chemotherapy.

In 1986, when the rest of the world was hardly aware of the word computer, two Pakistanis Amjad Farooq and Basit Farooq developed the world’s first computer virus.

The virus is used to infect the boot sector of storage media formatted with the DOS File Allocation Table (FAT) file system. This virus was supposed to stop and track illegal copies of their disk.

Abdul Qadeer Khan might not have a good name in the rest of the world for selling the Gas-centrifuge enrichment technology in the black market, Pakistanis treat him as their hero.

He is the one who brought the technology to Pakistani to make it the world’s 7th Atomic power. These great honors have been crowned upon Pakistan because of the Nation’s pride: Abdul Qadir Khan.

A very renowned Pakistani scientist, Dr. Naveed Syed, made Pakistan proud through his contributions. He is the first-ever scientist to connect brain cells to a silicon chip.

Due to this remarkable contribution, he has opened the path of taking artificial intelligence computing to the next great level

The world’s first-ever workable plastic magnet which works a room temperature is a contribution of a Pakistani organic chemist and polymer scientist, Mr. Naveed Zaidi.

Converting Human waste into a useful fuel is a great achievement for a country that has a limited supply of fuels.

Pakistani scientist Sohail Khan and his team came up with a lavatory that is able to convert human waste into charcoal and minerals. These biological substances can then be used as fuels.

Sultan Bashiruddin Mahmood has been engaged with Pakistan Atomic Energy Commission. He is a Pakistani nuclear engineer.

He has been praised all over the world for the development of the SMB probe to detect heavy water leaks in nuclear power plants.

Dr. Hussain is a member of 17 professional organizations, 10 administrative positions, is a visiting professor at 12 universities throughout the world, and is a member of the editorial board of 6 medical journals.