A Pakistani man has killed 7 people including his two sisters and four of their children because one of her sisters married without his wish.

What triggered a common man to become a murderer? a woman who chose to marry by her choice and not his!

According to the Pakistani Police, they are looking for a murderer named Manzoor Hussain. He had fled after putting the house on fire where two of his sisters were living. 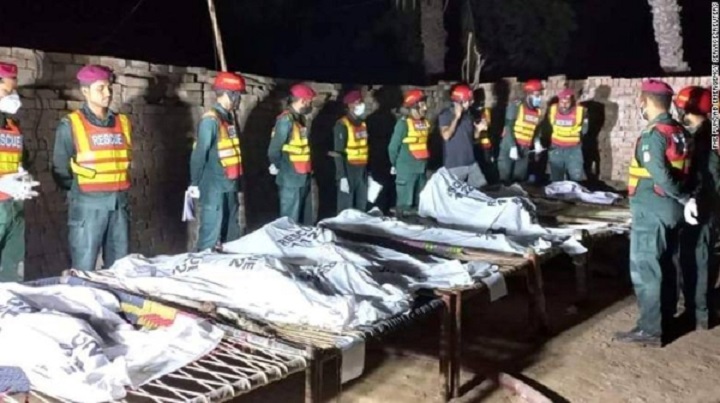 The name of the unfortunate sisters is Fauzia Bibi and Khurshid Mai. The incident took place in a village in Muzaffargarh, Pakistan.

The police claim that the married sister, Mai, and his husband had died in the fire. The other sister, Bibi, had married Mehboob Ahmad about 18 months ago. This marriage was against the will of her father and was a love marriage.

According to Ahmad, Bibi’s husband, he was not at home when the house was put on fire. He came back to find his loved ones in ashes. Ahmad has lost his 4-month-old son, his wife, his sister in law and her husband along with their 3 children aged 2,6, and 13.