It has been discovered that many nurses at one of the hospitals in Saudi Arabia have been caught using adhesive tape to shut the mouth of newborn babies to keep them quiet.

Ayed Naifei, a Saudi resident came to visit her 6-month-old daughter who was admitted to the hospital after she fell sick, found that the child’s entire mouth had been covered up with adhesive tape.

Additionally, the nurses had also stuck a pacifier in the mouth of the baby and tightly secured it with the use of the same adhesive tape. 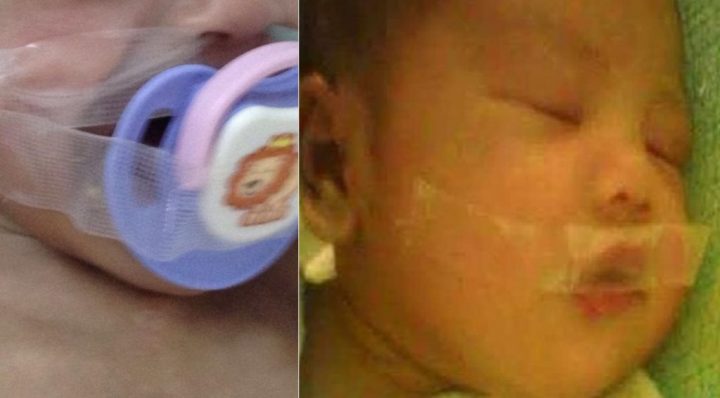 He immediately removed the adhesive tape from the mouth of his young child and rushed to the attending nurse to inquire about the tape.

Surprisingly the nurse blatantly admitted to taping shut the mouth of the young child since she had been crying which disturbed the other children as well as the staff working in the ward.

Ayed proceeded to note that several of the other babies in the same ward had been similarly taped silent by the nurses.

After this incident, Saudi authorities took immediate action by terminating the nurses who were involved in such an act. Moreover, now CCTV cameras have been installed in all pediatric wards of the hospitals.