Except for Masjid Al Haram, there is no mosque where the males and females offer Salah together. The female prayer area is segregated from males praying area. However, Sheikh Adil Al-Kalbani, who is the former Imam of the Holy Mosque in Makkah, has questioned this segregation.

No need for segregation at the mosques

In his interview with the Saudi Broadcasting Corp. (SBC), he exclaimed that there is no need for segregation at the mosques. Justifying his statement, he said that such segregation was not practiced at the time of Holy Prophet Muhammad S.A.W.

The current practice of having separate praying rooms for men and women have no association with Islamic traditions. This practice is just a result of unjustified paranoia of females.  He further commented that it is sad to see that we are paranoid even at a worship place. Recommended: Why is the Prayer Area for men and women same in Makkah and segregated in Madina?

The praying areas these days are completely segregated. Women cannot see men and all they can hear is through microphones and speakers. If the voice cuts off due to technical reasons, they have no idea what is going on during the prayers. 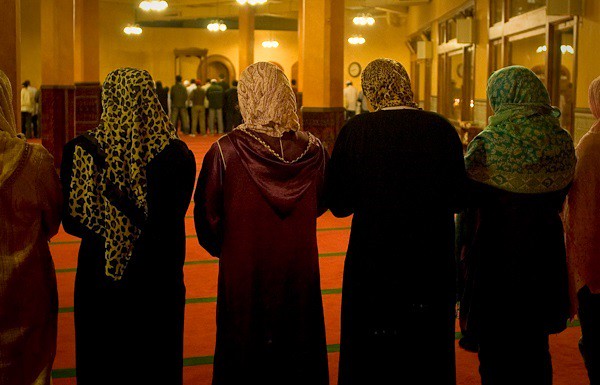 There was no segregation during the time of Prophet Muhammad S.A.W

Al-Kalbani briefed that during the time of Holy Prophet Muhammad S.A.W, there were people who were most protective and God-fearing. Such pious Muslims would practice prayers where men would pray in the leading rows while women would pray at the back.

There was no segregation, not even curtains! So how come we have such distinctive segregation where women cannot see men and it is made sure that the segregation is complete.  He thereby claims that all this is because of “some type of phobia toward women.”

Touching the issue where conservative men have problems calling their women by name, Al Kalbani commented that this fear is baseless and has no roots and justification in Islam. Why shall men have an issue calling their daughters and wives by their names when the women at the time of Holy Prophet Muhammad S.A.W were called by their name? The names of women at that time and the names of their fathers are known.

“Our daughters or sisters are no better than Aisha bint Abu Bakr (wife of the Prophet) — or the rest.” Their names were known and it did not harm any, rather has given so much to the society.

Today we are benefiting from so much knowledge about Islam because of the narrations of Hazrat Aisha R.A. had we not known her name, we had questioned those narrations!