Nigeria Airways Flight 2120 was a chartered passenger flight scheduled to depart from Jeddah, Saudi Arabia to Sokoto, Nigeria. However, on 11 July 1991, a Douglas DC-8 which was the plane serving this flight by nation air, crashed immediately after takeoff killing all 261 people on board.

Nigeria Airways Flight 2120 included 247 passengers and 14 crew members. It is without a doubt the deadliest DC-8 crash to date. The aircraft involved here was built in 1968, with registration no. of C-QMXQ.

It was, at the time owned by a Canadian company Nolisair but was operated by Nation Air and leased by them to Nigeria Airways. They, however, subleased to another airline to facilitate the transportation of Nigerian pilgrims, to and from Makkah. Recommended: List of Aviation Incident in Saudi Arabia

William Allan the pilot in command and the first officer Kent Davidge of Nigeria Airways Flight 2120 were seasoned pilots, having a combined total flight time of around twenty thousand hours. The DC-8 was also the primary aircraft used by the airline at that time.

It departed from Jeddah

The Nigeria Airways Flight 2120 departed from King Abdul-Aziz International Airport, Jeddah and was bound for Sadiqi Abu-Bakr lll International Airport. However, shortly after takeoff problems were reported and the crew attempted to turn the plane around for an emergency landing.

Nigeria Airways Flight 2120 caught fire mid-air and experienced a mid-air break up, causing the plane to plummet to the ground, only 3 kilometers from the runway. This crash is the second deadliest one to occur on Saudi soil, the deadliest being Saudi Flight 163. 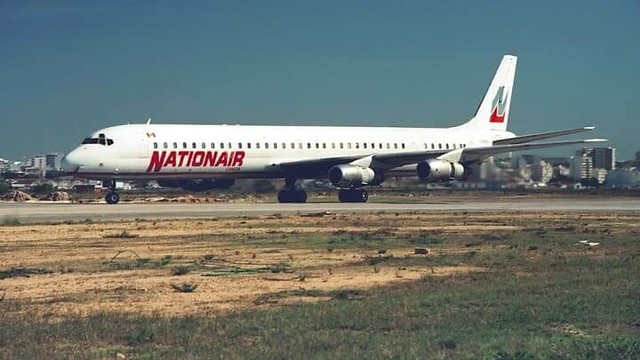 The incident was caused due to Tire Air Pressure

It is reported that the lead mechanic of the aircraft had noticed a discrepancy in the tire pressures of tire no. two and four, but since nitrogen gas was not available readily and the manager did not want to have to deal with a delay, ordered the aircraft to proceed.

It is suspected that the increased friction and pressure on the tires was enough to create a self-sustaining fire. The crew knew there was a problem, but were unaware of the seriousness of the issue.

The landing gear helped spread the fire by bringing the burning rubber near with the electrical and hydraulic systems of the plane when it was retracted. This also resulted in the center fuel tank catching fire which in turn burnt up the whole cabin.

While there is not much that can be done to fill the void Nigeria Airways Flight 2120 incident left, a memorial for the incident has been built and is located at the head office for the Greater Toronto Airports Authority in Mississauga, Ontario.

This incident, however, laid the groundwork for the demise of Nation Air as soon after this incident they were having severe financial issues and by 1993 the airlines had to be shut down.

In 1997, Robert Obadiah, who was the owner of Nation Air and its parent company Nolisair, pled guilty to fraud in the company’s activities on 8 counts.