Moon sighting is essential to spot the moon for Ramadan and Shawwal. The moon sighting thereby has always been revolutionized so that no chance of error be there. Advanced telescopes are used to sight the crescent.

From next year, the Makkah’s clock tower would be used to monitor the moons of both Ramadan and the Shawwal. This would mark the first integrated observatory launched by Makkah. 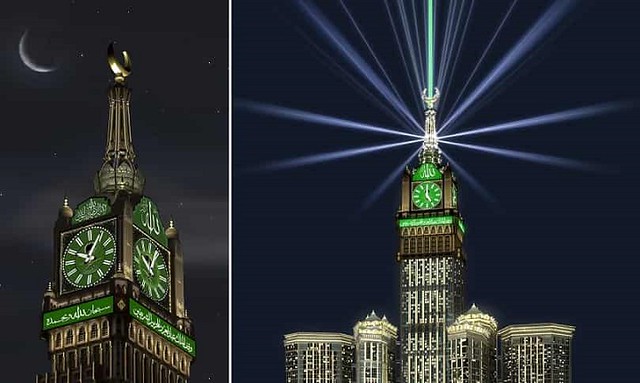 It will also have a great impact on global space agencies. The Saudi citizens would be the ones getting the benefit of the first observatory of the Islamic world. The new system for moon sighting from the Makkah clock tower would be initiated from next year (1441) in Saudi Arabia. Recommended: How to go to the Clock Tower Museum in Makkah?

Irani media has been speculating that Saudi Arabia adopted the new system after an error in sighting the moon for Eid ul Fitr in 1440. They also claim that the Saudi government paid more than SR 1.6 billion in Fidya to compensate for it. Recommended: 8 Unknown Facts about the Clock Tower in Makkah

However, there is no reality in that. The Saudi Government had been planning for it for a long time and now they have implemented it.