The Ministry of Labor of Saudi Arabia has increased the minimum wages for Saudis from SR 3,000 to SR 4,000 to be considered for Nitaqat purposes.

According to the Ministerial decision of Eng. Ahmed bin Sulaiman Al-Rajhi;

Saudi Gazette had reported in 2014 that the Ministry of Labor of Saudi Arabia is considering fixing the minimum salary for Saudis in the private sector. 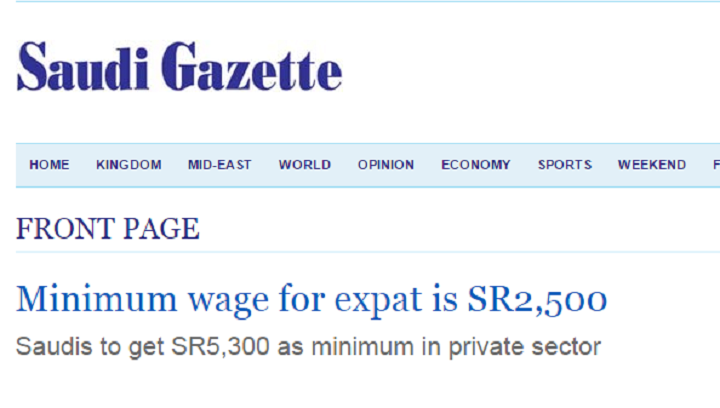 Although this proposal was approved and planned to be implemented soon after the wage protection program is fully implemented, no minimum salary or wages are fixed for expatriates in Saudi Arabia.

However, considering the recent reforms in Saudi Arabia, there is a possibility that the government will fix the minimum wages for expats as well.