Prophet Isa عليه السلام would be carried on the shoulders of two angels dressed in yellow clothes. This minaret which has been referred to in the Hadith is located on the left of the Ummayad mosque. It is known as the Jesus Minaret. – Sunan Ibn Majah 4075 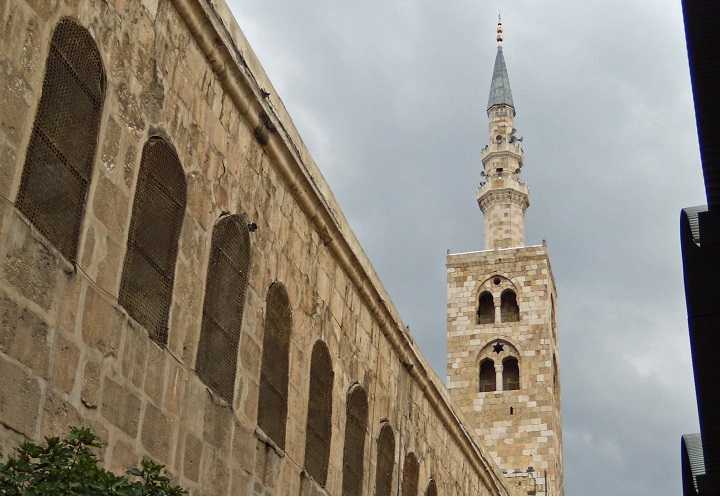 Prophet Isa عليه السلام will come down at the white minaret in the east of Damascus, wearing two Mahrud [garment dyed with Wars and then Saffron], resting his hands on the wings of two angels. When he lowers his head, beads of perspiration will fall from it. 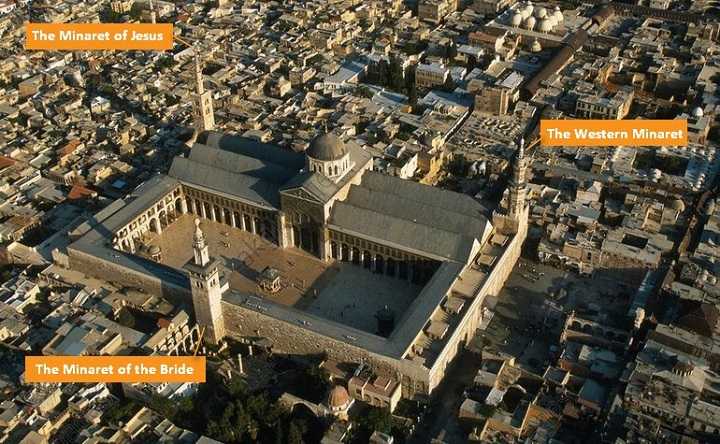 Prophet Muhammad ﷺ said, “The Hour will not be established until Prophet Isa عليه السلام descends amongst you as a just ruler, he will break the cross, kill the pigs, and abolish the Jizya tax. The money will be in abundance so that nobody will accept it (as charitable gifts).

Prophet Isa عليه السلام would return to end the Dajjal trial. He would come towards a group of believing people who would be preparing to fight against Dajjal.