At the beginning of 1975, Lebanon faced a serious civil war, which lasted till 1990. The duration of was over a span of 15 years and 6 months.

It is estimated that 120,000 people were killed and almost one million people were forced to flee the country and its deteriorating state and turmoil. The effects of the war can be felt even today as 76,000 people remain internally displaced in Lebanon.

During this time of conflict, many hostage situations and hijacking situations arose in the region, this was particularly so as air transport was still new to the world, and the idea that these flights could be targeted to such barbaric schemes was simply unthinkable.

Passengers did not have to go through the vigorous customs and baggage screening that they have to face at all international airports worldwide. Most notable out of these hijackings, however, was the bombing of Middle East Airlines Flight 438 on Jan 01, 1976.

Just a year after the civil war started in Lebanon and the country was in a state of turmoil, an unsuspecting Middle East Airlines Flight had departed on its final voyage from Beirut to Abu Dhabi on 1 January 1976.

According to initial reports provided by Saudi Arabian authorities, a bomb which was placed in the forward cargo compartment exploded while the plane was still airborne.

This explosion caused the deaths of all 81 on board the plane which included 15 crew members and 66 passengers. 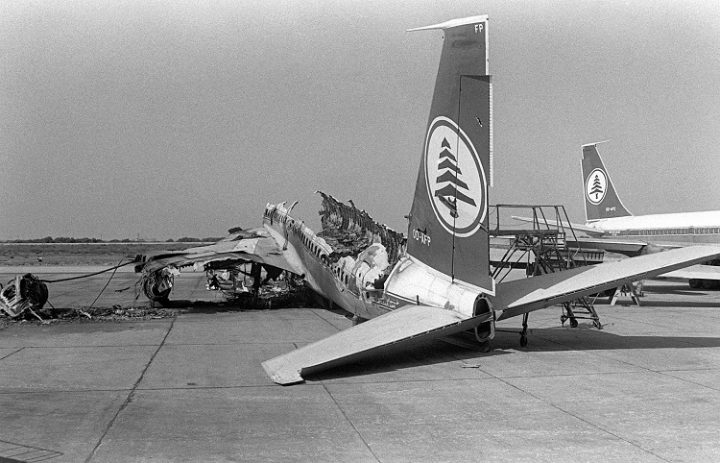 Even after months of special investigations by Saudi authorities no suspects were ever officially identified or subsequently caught, and no group ever claimed the responsibility for the horrendous attack.

It is widely believed that it was the doing of Lebanese rebels to draw attention towards their cause.

Even if the Lebanese rebels were to blame for this act, the many factions amongst the rebels made it virtually impossible to identify which group or individual/s might be responsible for the atrocity.

This was however not the only aviation accident that occurred during that time, and another 14 flight mishaps have been recorded in the same year.

The location and strategic importance of Saudi Arabia have caused several such aviation accidents or attacks to crash or to be diverted towards their soil.

Even though the Lebanese civil war ended a long time ago, the country has made no efforts to assist the Saudi Intelligence in finding the people responsible, but instead, it is facing yet another war today.

Whatever might have happened in the flight, the real culprits and the actual events that unfolded on that day may never be known to us, due to the nonexistence of any clues linked to the bombing and to the limited information that was revealed to the general media.