You must be shocked by reading the title of this article, but it is not my statement. This is a statement of a woman politician in Kuwait. I am just writing down what she said in her video message.

“Someone told me that his father gifted him a sex slave and he is going to treat her good and that slavery is permitted in Islam. This story reminded me of an old incident. 2 years ago, I used to work with a young man who had a remarkable lust for women.

I used to feel sorry for him but at the same time, I was devoted to my job. So I went to some Islamic scholars to seek their advice for this rich young man who loves women. I asked them about the regulations concerning female slaves.

They explained that the process to acquire female slaves is for a Muslim country to attack a Non-Muslim country and enslave the prisoners of war. I asked them if it is not Haram? 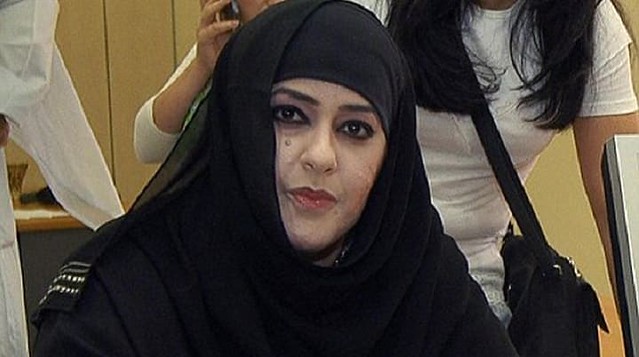 He assured me that in Islam slavery is permitted (however, it is discouraged by the Prophet Muhammad S.A.W). I think the only solution to protect the men from adultery is to buy female slaves. Personally, I hope for Kuwait to legitimate female slavery.

I have witnessed in Kuwait the case of a woman from another country; she is not officially a female slave but after her parents denied her, she moved to live with a Kuwaiti woman. In return, she used to cook and clean for her. I think her situation is a female slave.

Instead of becoming homeless and walking in the path of sin, it is in her best interest that she found this new home after her parents rejected her. I really hope to legitimate such cases and to open the doors for slavery.

I hope for a law regulating the conditions of slaves because we cannot tolerate that our men fall in the disgusting taps of adultery. Instead, we can buy female slaves from Chechenia for example; certainly, there are prisoners of war that we can buy.

Isn’t it better that these slaves are sold legally to Kuwaiti traders instead of trafficking them illegally?”

I just want to add that this is her personal views which should not be related to Islam. Islam is the first religion in the world which actually discouraged slavery.

Prophet Muhammad (PBUH) freed many non-Muslims prisoners/slaves of war on several occasions. It was considered a very generous act and most of them embraced Islam after this generosity.

The so-called developed countries nowadays became civilized just 70 years ago. There are horror stories of slavery even in those civilized countries. When you talk about Islamic teachings, keep in mind that you are talking about teachings revealed 1400 years ago.

Islam talked about the rights of slaves at that time when people used to treat them like animals. Modern civilization took thousands of years to come. For example, we ask others to pardon us whenever we have to interrupt them.

6,000 years ago, human beings used to eat the meat of other human beings. Now try to teach this lesson to that person who just had someone other’s ribs in his lunch. Tell him that he has to say “excuse me” whenever he interrupts others.