Shazi, a lawyer turned air hostess has caught everyone’s attention. In an interview, she told that since her childhood she had a dream of becoming the host for the travelers of the air.

It has only been a year since she has been able to live her dream, yet Shazi Abdul Hameed feels that one of the best feelings is to be able to chase the dream until they become reality. 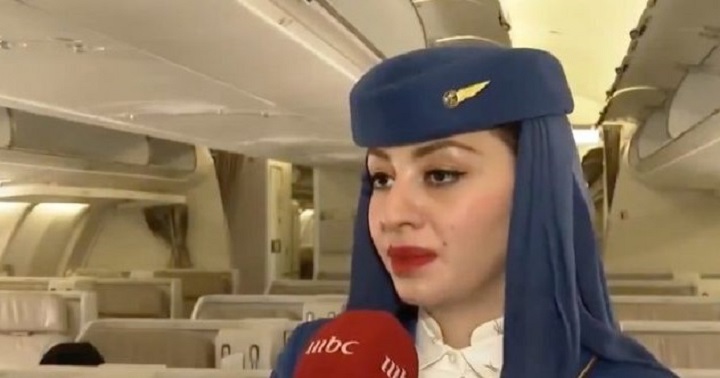 She told that even though she had pursued an education in the field of law, yet she wanted to fly in the air and become an air hostess.

Her inspiration to become an air hostess comes from her childhood travels. She unfolded that whenever she would travel with her parents in-plane, the clothing, style, and way of speaking of the air hostesses would inspire her.

After completing her law degree, she got admitted to the Prince Sultan Aviation Academy and got trained for becoming an air hostess.

Hosting the people at a height of 30 thousand feet is the biggest reality of her life which she carved in her dreams since her childhood.

A Saudi girl who plows to provide living to her parents