Home General Information Unknown Facts about the World Meet a 17 Years old boy who will die if he falls...

Liam Derbyshire is a patient of Central hypoventilation syndrome

Life is full of stories where people are fighting with very rare health conditions, because of which those people and their families have to struggle every day. One such example is a teenager who will die if he sleeps unaided.

In South Hampshire, a 17 years old boy named Liam Derbyshire faces a new challenge every day as he is a patient of a very rare condition called Central hypoventilation syndrome. The patients of this disease can’t sleep unaided as it means they would die.

Due to his disease, he has to be connected to a life support machine during his sleep and it has to be there every time he settles in the bed. This disease is also called the Ondine’s Curse. All around the world, it is said that there are almost 1500 people suffering from this condition.

One of the main features of this severe condition is that the patient’s lungs stop functioning during their sleep. The patient’s blood pressure, heart rate can also be affected by it. The other vital organ that is also at the risk of being damaged is the brain. 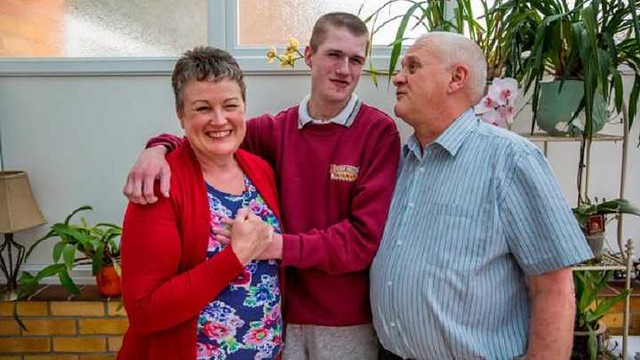 Explaining about the disease, his mother Kim mentioned that Central hypoventilation syndrome basically refers to a disorder where the phrenic nerve is said to stop working during sleep due to which the brain doesn’t tell you to breathe.

In order to make him breathe during his sleep, they have to rely on a machine which keeps his breathing going. In the absence of that machine, he would not breathe and die.

Liam is also suffering from unrelated bowel condition in which the major part of the organ is missing. He was born with this disorder due to which he has to use ileostomy bag as a replacement. 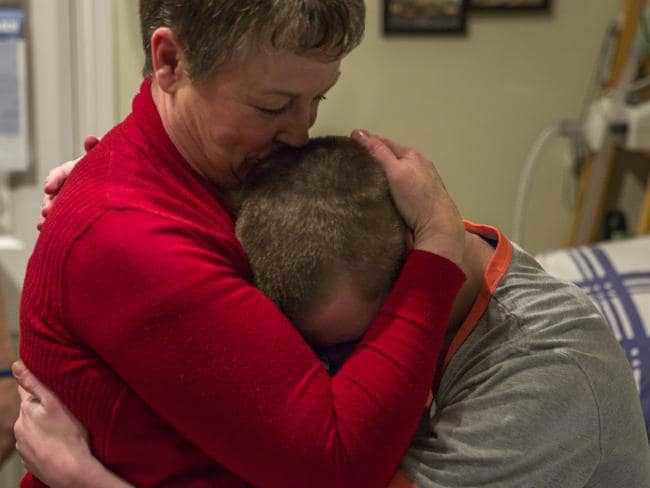 Liam Derbyshire has been going through a tough time

The time he and his family are spending is definitely not easy and they are not living a peaceful life. Rather according to his father, he has not slept a peaceful night since the day he was born. A miraculous thing is that this boy managed to live in spite of the fact that doctors gave him six weeks to live only.

Liam is just about to reach 18 years of age and according to his mother, he is exactly like the other teenagers. He is annoying and grumpy but, yet he has a good sense of humor and he is also very caring.

Liam Derbyshire’s future is uncertain, any nap could be life-threatening

As he is turning 18 his family including his father, mother, older brother and two sisters are all very happy but, yet they know that Liam future is totally uncertain.

Liam’s father said that he is extremely proud of his son as he managed to live with a condition and in a pain in which he cannot imagine living. He believes that Liam is as brave to not given up as he is still fighting courageously and still has high hopes for his life.