A moment of pride for the whole Saudi nation, where the changes are already occurring in the Kingdom through the intent of the vision 2030, another news came from Nigeria where five Saudi Doctors performed 515 eye operations in just a week.

It might seem impossible or false news but it is not any false news as it really happened. Five specialized Saudi doctors went to Nigeria as a part of Saudi Medical convoy in Nigeria in cooperation with the World Assembly of Muslim youth where an amazing achievement welcomed them.

The five doctors named Samir al-Mansouri, Ra’id Al-Umair, Saeed al-Qahtani, Omar Al-Abbasi and Said Al-Wedaani examined the Nigerian eye patients daily, from 7 am to 8 pm and again check on the patients on the second day to ensure the success of the operation.

They gave them instructions to take care of their eyes and medicines and all the patients were provided with free treatments and medicines. 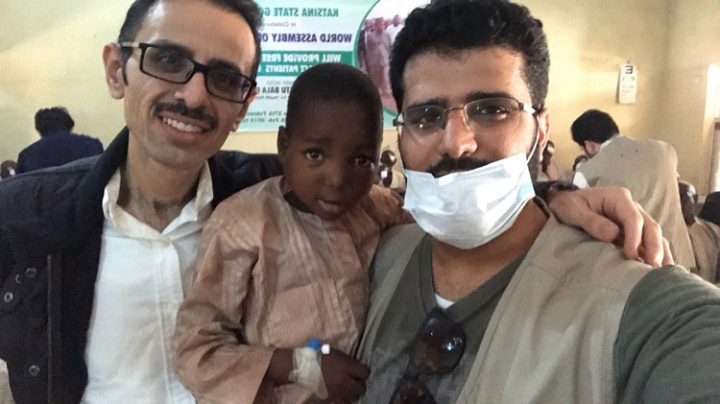 The poor people of Nigeria were suffering from many eye diseases and the blind people were living their life in darkness for a long time and they could do nothing to cure their blindness, the main reason for this was the lack of qualified doctors and good medicine in many parts of Nigeria.

This convoy opened a ray of hope in their dark lives and they stood thankful for the Convoy and the Saudi doctors.

One of the doctor from the team named Dr. Said al-Wedaani who is an Ophthalmologist consultant at the university hospitals, an assistant professor at King Saud University’s Faculty of Medicine, said that Saudi Arabia has been a source of assistance.

It is a humanitarian Kingdom and the main pillar for the relief convoys heading to various Islamic world countries.

He also said that the convoy was medically equipped and the team was intended to conduct over 400 operations but the positive impact of the Muslim communities in Nigeria and the interest of people pushed the number of operations to reach up to 515. 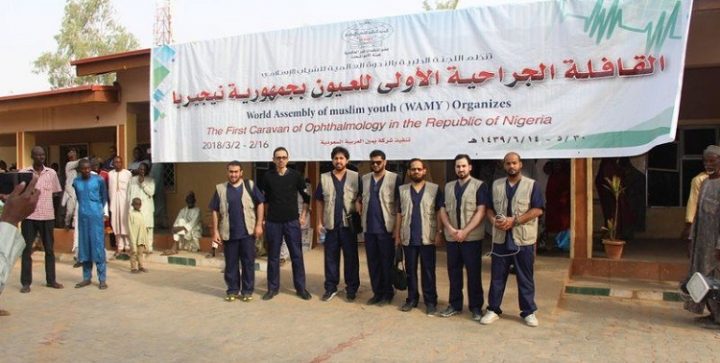 Despite the poor working condition and incomplete and poor resources and lack of electricity, basic equipment and poor medical condition of themselves. This Convoy was organized by the medical Committee at the World Assembly of Muslim youth.

He said this convoy attracted the attention of local media who heartedly thanked the Saudi doctors for their great efforts.

However, social media followers also praised the efforts of the Convoy in Nigeria and Saudi qualified doctors and requested them to visit other parts of the world also who are in dire need of these surgeries and eye operations but due to lack of facilities and staff the country is unable to provide its citizen with these facilities.