Home Social Issues Dream Meanings What is the meaning to see a camel in a dream?

1- According to Ibn Sirin رحمة الله عليه, the greatest dream interpreter of Islam, seeing yourself riding on an unknown camel is an indication of traveling.

2- Seeing a camel that has lost its way in a dream has a meaning that the dreamer would feel helpless in his task or journey.

3- If someone purchasing a female camel in a dream, it has the meaning of getting married to a woman or finding a maid. 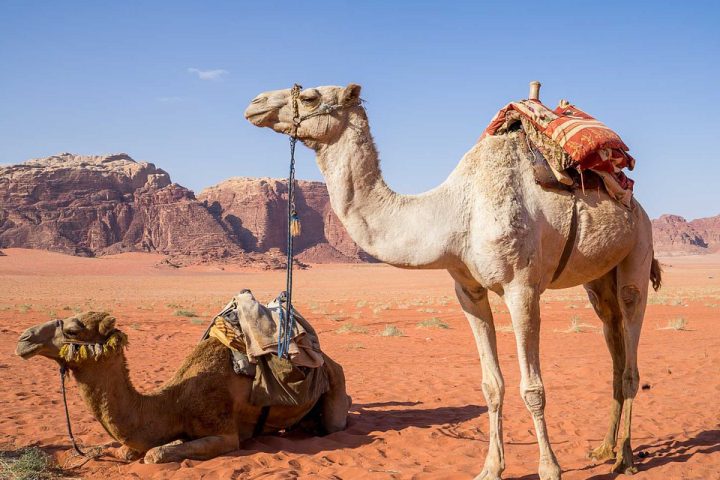 4- Seeing a dream where the female camel gives birth to a child is a prediction of having a baby boy.

5- Seeing a camel running behind oneself in a dream represents sorrow in life.

6- According to Prophet Daniyal عليه السلام, seeing yourself riding a crazy camel means that the dreamer would be overwhelmed by a strong person.

7- Seeing yourself fighting with a camel in a dream represents a fight in the real life.

8- Seeing yourself milking a camel or drinking the milk of a camel in a dream represents getting wealth from the King in proportion to the volume of milk.

9- If one sees a dream that blood is flowing from the nipples of the camel, it is a sign of gaining Haram money.

10- If one sees that a female camel is lost or stolen in a dream, it indicates the separation or a fight with the wife.

11- Seeing a female camel’s death in a dream represents the death of the dreamer’s wife.

12- Seeing yourself eating the meat of a camel in a dream is a sign of getting sick.

13- Eating the meat of a baby camel in a dream means that he would attain the wealth of the orphans unlawfully and would fall sick, but would get healthier afterward.

14- According to Ibrahim Karmani رحمة الله عليه, donating the camel meat in a dream is a sign of attaining wealth.

15- Talking to a camel in a dream also represents and predicts positive news.