Masjid Bani Haram is built where once the people belonging to the tribe of Bani Haram used to reside; thereby the Mosque got its name Masjid Bani Haram.  The Mosque is located where the Muslims had set up their camps while they were preparing for the battle of Trench.

One of the companions of the Prophet PBUH, Jabir had his house located at the very place. During the battle of the trench, a very interesting event took placed at Jabir’s place.

The battle of the trench was one of the difficult battles with respect to preparations as Muslims had to dig a huge trench around them. The Muslims used to get exhausted while digging the trench yet wouldn’t complain. Jabir could see the Prophet PBUH getting hungry, he thereby went to his wife and asked if a meal could be prepared.

The wife told him that they just have a small sheep and some barley as only food left with them. Jabir asked her to cook the sheep and make out the bread of barley the very next day as he would sacrifice the sheep, so it is ready to cook for the next day. 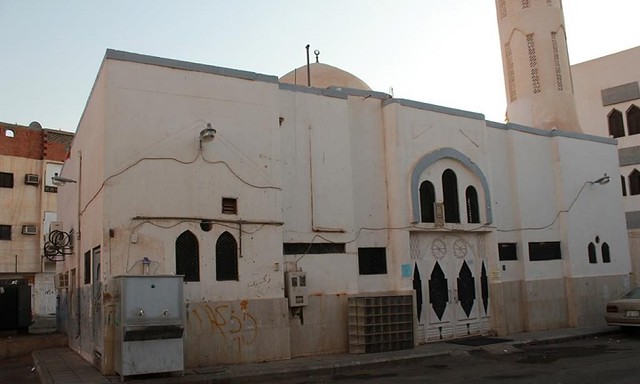 He invited him with 10 other companions for dinner

On the next day when evening approached, and Muslims were to leave the trench as it light became too dim for them to work, Jabir looked for Prophet PBUH. He saw that the Prophet PBUH was also leaving the trench. He thereby approached Him (PBUH) and invited him to dinner.

Jabir R.A wanted to only invite the Prophet PBUH so that he could fully satisfy his appetite: he had the only limited meal, so he just invited the Prophet. Yet the Prophet PBUH held his hands and asked a person to invite all the companions to Jabir’s house for the dinner. 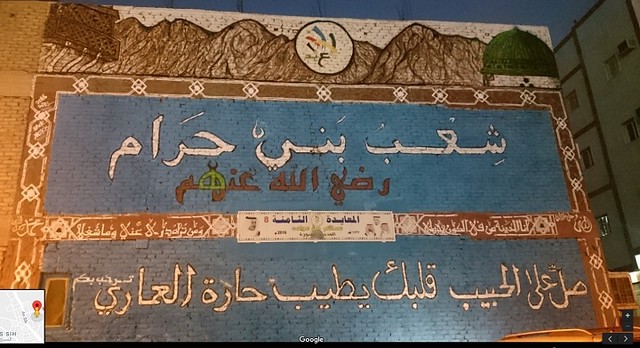 Hazrat Jabir did not get panicked

Jabir did not get panicked yet recited a verse which means that we are for Allah and to Him, we are to return. However, before he was to leave to host the Muslims for dinner, the Prophet PBUH instructed him not to put the fire off below the pot of meal nor to bake the bread before his (PBUH) arrival.

So, the Prophet PBUH arrived and took out some meat and bread and served to 10 of his companions. He kept the pot and oven covered. When the 10 had eaten to their full, the next ten came and ate. Amazingly the people in 10 would come, eat and still, food was there.

It happened until all had finished. When the Prophet PBUH uncovered the pot and the oven, there was mutton and bread still left. So, he asked Jabir to eat and to distribute among the people as they have remained hungry. Subhan Allah, a small sheep and a measure of barely was able to satisfy the hunger of many!

4 facts about Beer-e-Shifa in Madina

7 reasons to visit Umluj Beach – The Maldives of Saudi Arabia

Masjid Sabaq – a mosque built in the time of Prophet Muhammad

Al Farid Palace: the most famous rock of Madain Saleh