Every Islamic era Mosque has its own story. The stories are beautiful and have some attached facts which make them even more important and cherished ones. Among such mosques is Masjid Al Qibly.

The Masjid al Qibly is located in Palestine. The masjid is just near the Masjid al Aqsa. As the Masjid has been referred to in the Holy Quran, we ought to inform others about some relevant information about it:

The mosque is located in the front of the Masjid Al Aqsa: it rests with a silvery grey dome. 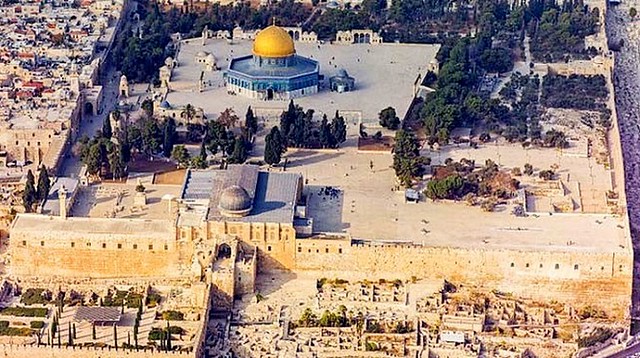 The Masjid got its name, Qibly as it faces directly towards the Qiblah. (Qiblah is the direction to which Muslims face during their prayers). The Holy Kaaba and Masjid Al Aqsa’s front are in alignment with each other.

As the Prophet PBUH went there, praying in Masjid al Aqsa has a reward 500 times greater than praying at any other place. [Al-Tabarani, al-Bayhaqi, and al-Suyuti] 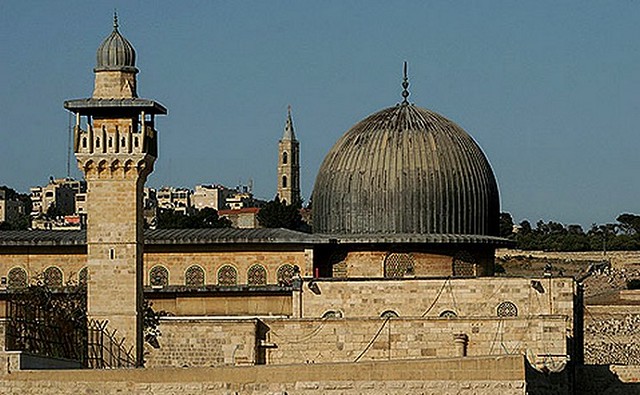 The sanctuary to Masjid al Aqsa was filled with garbage when Umar (may Allah be pleased with him) visited it in 638 CE after peacefully taking charge of the now Palestine. The Romans had turned it into a garbage pit. Umar thereby started to clean it by himself.

When Muslims around saw a Caliph cleaning trash, they started to join hands and soon the area got cleared off. Near the niche of Dawud, they offered a prayer comprising of two rakats. Interestingly, in his second rakat, Umar recited verses of Surah Al Isra which referred to the night journey.

He then ordered for a mosque construction there so that the place shall get its old purity back. The Christians and Jews had abandoned its purity.

The mosque was built out of wood and could entertain 3,000 believers at a time. The mosque that was built at the southern end is now where the Masjid Al Qibly rests. 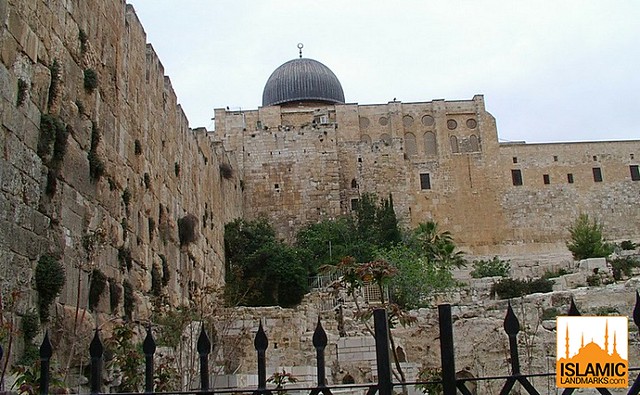 After the Crusaders were able to take charge of the Masjid al Aqsa, they made the mosque Al Qibly their headquarters. However, Salahuddin Ayyubi was the one who later conquered Jerusalem and made it possible for the state to enjoy the former status.

He also made necessary changes in the Masjid al Qibly to restore its previous look. The new structure was built by Umayyad Caliphs Malik bin Marwan and his son, Walid bin Abdul Malik. 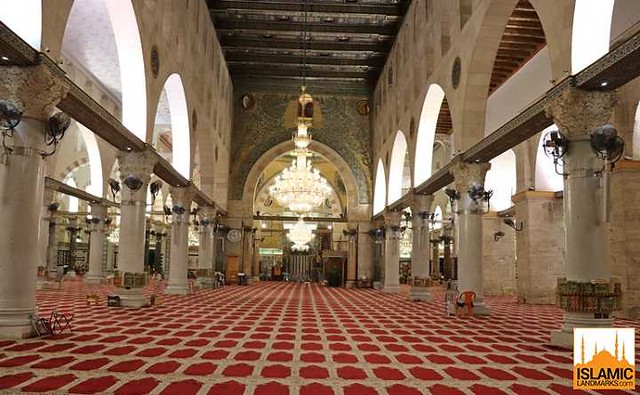 Masjid Umar which is a part of the Masjid al Qibly is a small room named to honor the caliph. It is said that it was the very place where the caliph started to clean the sanctuary.  The room was later built by Muslim rulers and some part is used as an emergency cell. 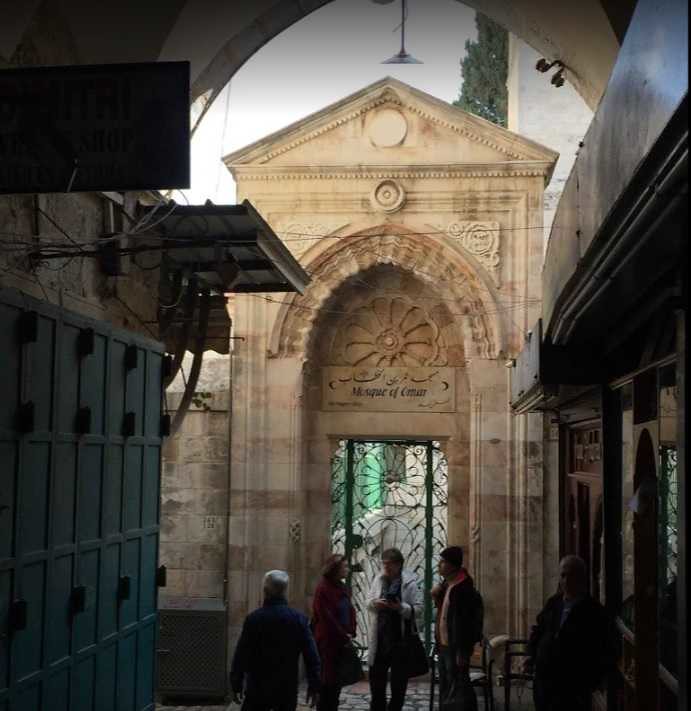 The Masjid is also equipped with the Mihrab e Zakariyya. Prophet Zakariyya (may Allah be pleased with him) was the custodian of the mosque al Aqsa and was the guardian of Prophet Maryam.

A small niche was placed in the eastern part of the mosque to honor the Prophet. Some people have a belief that Maryam used to reside their and Zakariyyah would visit her at the very place. 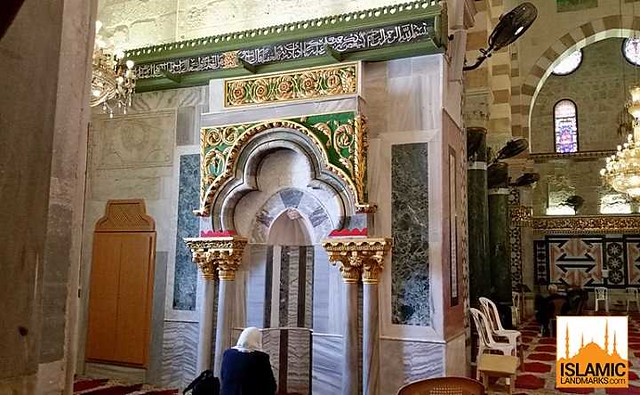 The mosque of forty Martyrs has one of its two entrances from the Masjid Al Qibly, the other opening in the north of Masjid Umar. The Mosque of 40 martyrs is a large room that is used by Muslims to gather and to get busy in zikr. (to praise Allah) 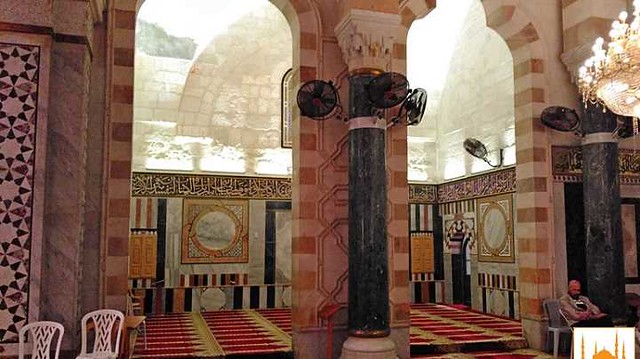 The Dome of Yusuf Agha also rests in the western side of the Masjid Al Qibly. Agha was one of the governors of Jerusalem whose dome was in 1681 AD during the era of Ottoman Sultan Mehmet IV. Presently the dome is used as an information cell of Masjid Al Aqsa. 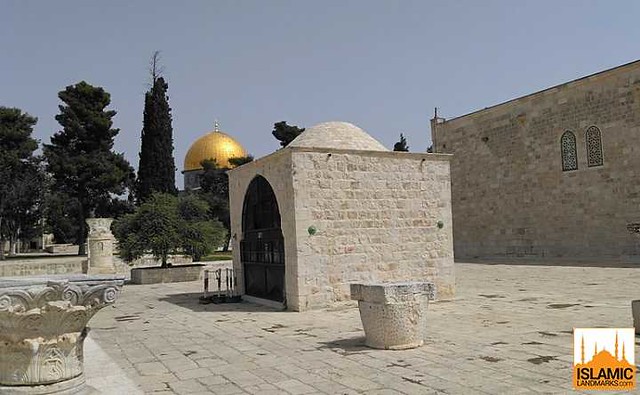