Masjid Al Khalil has two sides, the Muslim side and the Jewish side resting in Palestine and Israel respectively. Muslims and Jews can only get to each other’s side on fixed days. These days are only 10 in a year. Due to rising conflicts, the area is guarded by soldiers. 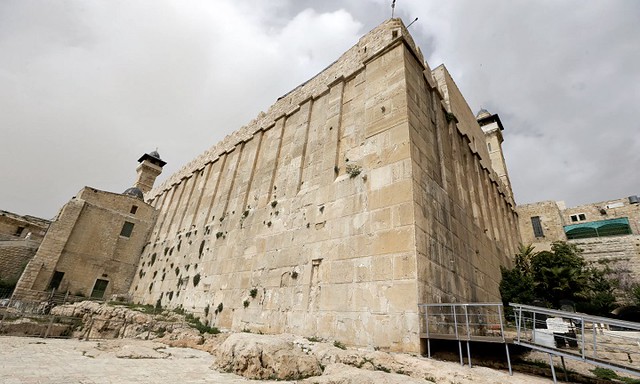 The mosque is built on a cemetery. The cemetery is not an ordinary one. The bodies of 4 of the Prophets and their wives’ rest there.

The Masjid Ibrahim that lies in Hebron is considered to be the land that was purchased by the Prophet Ibrahim. When his wife Sarah died, the Prophet decided it make it a family graveyard.

The plot, before the construction of the mosque, was named as the Cave of Machpelah which means the double tomb. This implies that the Prophets and their wives are buried side by side.

The tomb of Ibrahim AS is built exactly on the grave of Ibrahim AS. On the left side of the mosque is a Jew’s synagogue. A window at the tomb opens at the synagogue.

The Prophet was a dear one to Allah and Allah gave him the title of Khalil Ullah which means friend of Allah. Jews believe that Adam and Hawa are also buried here. Recommended: How Hazrat Ibrahim A.S. preached Nimrod about Islam and Allah? 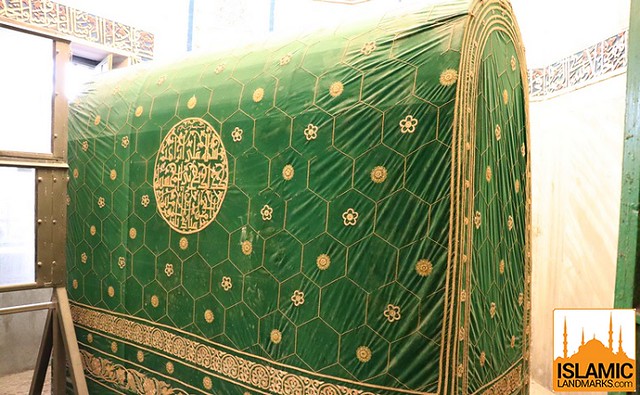 From the Jewish side, one can also enter the tombs of Yaqoob AS and his wife Leah (may Allah be pleased with both of them). The Jewish side was once without a roof, yet now it has been covered and is used as a synagogue.

To enter the tombs of Yaqoob and his wife, one has to enter the green doors that are located at the Jewish side. The Prophet had 2 wives and 12 sons. The Prophet died in Egypt yet was buried at Hebron next to his wife Leah on his will. Recommended: The relationship of Hazrat Yaqoob A.S. and Jewish (Bani Israel)

The youngest son of Prophet Yaqoob AS, Prophet Yusuf was a beloved of Allah and the Quran has a complete chapter over him. He was also buried close to his father and his tomb also rests at the Jewish side. Recommended: The story of Hazrat Yousuf A.S. – from a Slave to the Governor of Egypt

Propeht Ishaq was the youngest son of Prophet Ibrahim and Sarah. The Prophet has been mentioned 17 times in the Quran and was born to the pious couple when they were at an old age.

The Prophet Ishaq and his wife Rafiqah were buried close to each other and their tomb was built on their graves. Both of the tombs are on the Muslim side of the mosque. Recommended: The story of Hazrat Ishaq A.S from Quran and Hadith 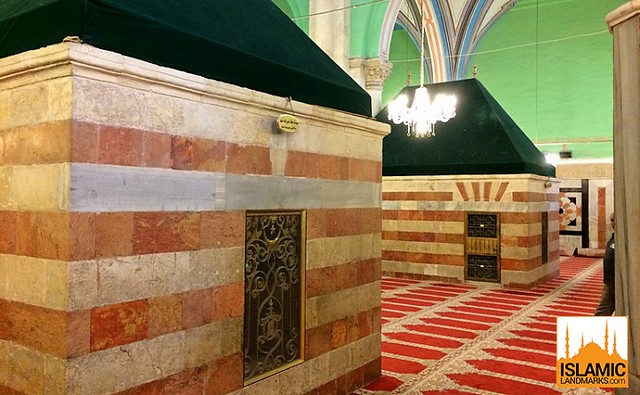 The Prophet Yaqoob and Yusuf’s tomb are at the Jewish side while that of Ibrahim and Ishaq are on the Muslim side.