A few days ago, some pictures of the Malaysian Commerce Minister went viral on social media. In the pictures he was seen, draining rainwater and drying the floor of the Holy Mosque. The water got collected in the mosque due to heavy rain and hailstorm.

The Malaysian Minister contributed to the cleaning task of the Grand Mosque. The local newspaper cited that after a heavy rainstorm and hailstorm the water was collected in the courtyard of the Mataf. The administration came into action and immediately launched an operation to dry the courtyard floor. 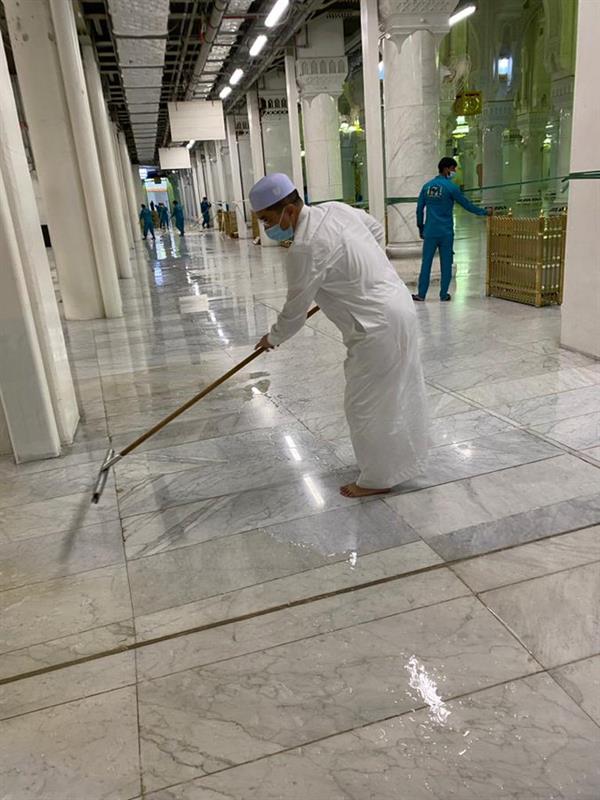 A large number of cleaners gathered along with wipers and machines to dry the floor of the Mataf area. Malaysian Commerce Minister Muhammad Ali was also present there at that time. He took the wiper from one of the cleaners of Masjid Al Haram and started wiping off the courtyard floor.

His picture was captured while wiping the Masjid Al Haram floor and it amazed the people of the two nations. However, Malaysian Minister too responded to his viral image claiming it was an honor for him to work in Masjid Al Haram along with the workers.