As many people are interested to know about the names of all Kings and Crown Princess of Saudi Arabia, we have provided a list here.

People get punished for what they do as per Islamic laws no matter if they belong to a royal family or a poor family. Currently, the King of Saudi Arabia is King Salman who is very popular among the public. In fact, if you have a look at the list of Kings and Crown Princess of Saudi Arabia, all of them were loved by the residents.

People love King Salman for many things especially his stance against terrorism. Today I am going to list down the names of all the kings and crown princess of Saudi Arabia since 1932. Recommended: No Infant to sleep hungry in the Kingdom – King Salman 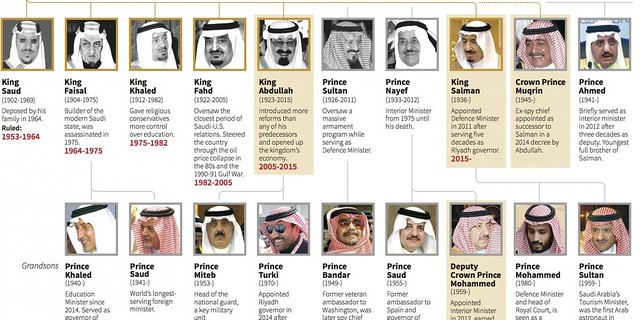 Just like the Kings of Saudi Arabia, there has been 12 crown princess in the history of Saudi Arabia so far. We have provided the list along with the tenure they performed services for the country.