Home Saudi Laws Saudi Labor Law Is it legal for employers to keep your passport?

Many employers forcefully keep the passports of their expat employees without realizing that it is illegal in Saudi Arabia. Here are the related rules;

According to the Council of Ministers Resolution No. 166 dated 12-04-1421H. passed in July 2000, it is illegal to keep any worker’s passport by the employer. 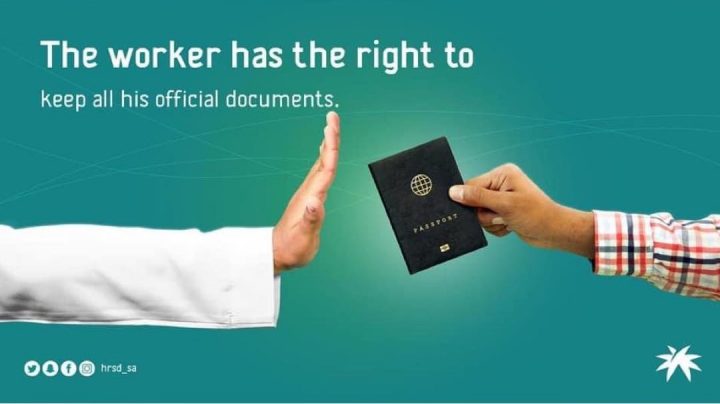 The punishment for keeping an employee’s passport

According to Article 6 of the Human Trafficking Law, keeping the worker’s passport and forcing them to work for the employer like a slave is constituted as human trafficking which is punishable by a  jail term of 15 years and fines amounting to SR 1 million.

In addition to that, according to Saudi Labor Law, the employers who hold documents or passports of employees will be charged SR 2,000 per employee. – Saudi Gazette