A Lebanese 52 years old who was homeless and begged in the streets to live her life died and left the world in shock. The old woman was disabled as she got her hands and feet cut-off during some accident.

$1 million: The shocking news is, the beggar woman possesses over 1 million dollars in her saving but still, she used to live in open streets and beg for money. The investigation revealed that the woman died from natural cause and was identified as Fatima Mohammad Othman from Northern Akkar region.

Her family consists of her mother and her seven siblings and they claimed her dead body. The woman was found dead in her car-turned-home with nearly 1.7 billion Lebanese Pounds ($1.12 million) to her name. Her body was handed to her family and they buried her in their hometown.

She was Disabled: Some unverified reports also claimed that Fatima Mohammad Othman lost her hands and feet during Lebanese Civil wars and subsequently suffered repercussions both mentally and physically.

A resident name Beirut Basta said the beggar woman had been living and begging in the streets for more than 20 years and she rented the car she was living in from a man in the neighborhood.

Some residents also claimed that the man comes to pick her up every once in a month and then leave her back the second day to which she uses to say that he took him to visit a doctor. 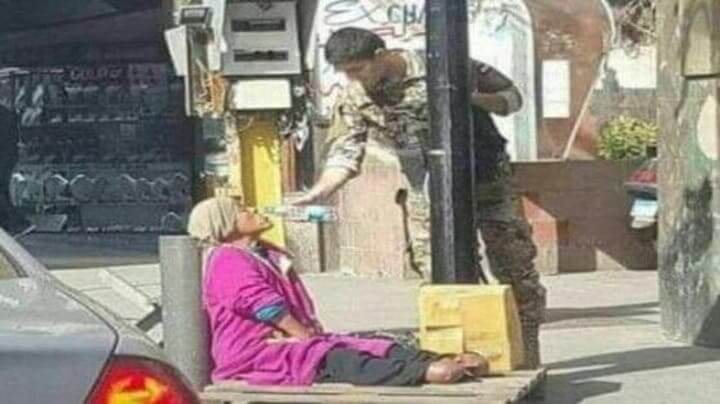 Her story went viral on social media, “A beggar worth millions” where everybody is wondering how she managed to save such a huge amount and many are questioning where her savings will go after her death? Will her wealth be inherited by her family?

Bank Account: Fatima’s photo is circulating social media where she is poured water by the army officers and it was her last photo and a famous shot of one of the elements of the army. Another amazing fact that attracted everybody attention was that she also had a bank account.

This news was revealed when photographs of her bank saving books started to circulate. This news took the social media with the storm and people mostly reacted with sarcasm saying to turn into a beggar for earning million dollars. She lived a poverty life but died rich.

We should not make fun of deceased woman: Ali Askandria a journalist disliked the people reaction of disrespecting the dignity of a deceased woman.

He said this is unacceptable and our people are really judging the woman with wrong intentions. He is right, we should stop to judge her and present fake reasons as we are not very much aware of her life and miseries.

I think a person who is having a huge saving will never manage to lead his life in such a miserable condition. Allah better knows the truth behind her savings and we should stop reacting humorously or make fun of her.