According to the Department of Friendly Settlement at the Labor Office in Al-Khobar, the claims of 134 expats regarding their labor of collective worth SR 5.7 million has been settled.

The issue labor settlement rose in Al-Khobar, which rests in Eastern Province of KSA. According to the reports, the labor claims of 134 expats which were not less than SR 5.7 million has been settled after Eid-ul Adha. The successful settlement took place after both the parties reconciled.

All the expat employees belonged to an establishment which was failing to make payment to its employees. The reasons are not specific, yet the establishment was facing multiple issues and could not pay forth. 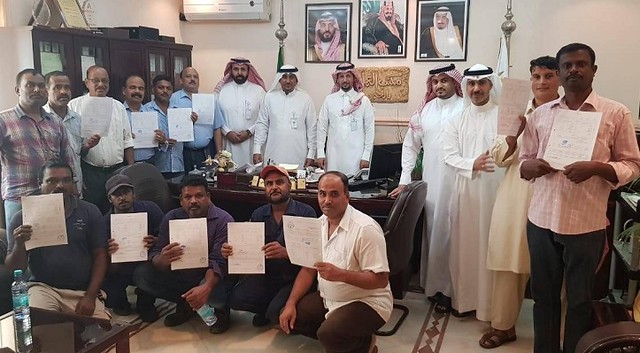 Most of these employees were the expats hailing from India. Other than Indian nationals, there were Pakistanis, Sri Lankans, Bangladeshi and Nepalis. The Indians outnumbered them all after the settlement of labor, Indian expat have received SR4.5 million.

According to the director of the Labor Office in Khobar Governorate Mansour Al-Bin Ali, the Department of Friendly Settlement and the Labor Office are eager to settle all the labor issues as soon as possible. There was a little delay due to Eid, but now things are moving in a flow.

Everything is being done in accordance with the guidance of Director General of the Ministry of Labor and Social Development Abdulrahman Al-Muqbel.

The payment of Final Settlement within 21 days

Since last year, the ministry of labor has made a new procedure where if any labor office is unable to settle a dispute within 21 days, then the labor office shall submit an electronic report with the labor court.

After the intervention of the labor office, the company will be bound to pay off the final settlement otherwise their MOL account can be frozen. The labor court can instruct banks of a company to freeze a sum of the money equivalent to the amount of final settlement.