Free of cost Hajj as a guest of King Salman

This year, people from 80 countries were hosted by King Salman for Hajj. According to officials, these people numbered 5,000 this year. Last year, however, 2400 pilgrims were hosted.

Abdullah bin Mudlaj Al-Mudlaj, who is the secretary-general of the very program, told that this program helps strengthen relations between the Kingdom of Saudi Arabia and different countries.

He briefed that the guests from different countries are invited by coordinating with Islamic figures of those countries. Tawfiq Al-Sudairi, who is the Deputy Minister of Islamic affairs (call and guidance), told that it is in the roots of the Kingdom that Hajj shall be free from political and sectarian divides.

Hajj is a purely religious act which shall not be polluted with politics. This year the great thing about the Hajj and Umrah program hosted by King Salman is that King himself will bear the cost of the sacrificial animals of these guests. This means that King Salman has offered the sacrifice of 5000 animals this year.

According to the officials, King Salman has paid off the expenses of the sacrificial animals of this year’s guests. An executive committee of the program has already started its work on this. All the guests have been informed of the King’s offer. 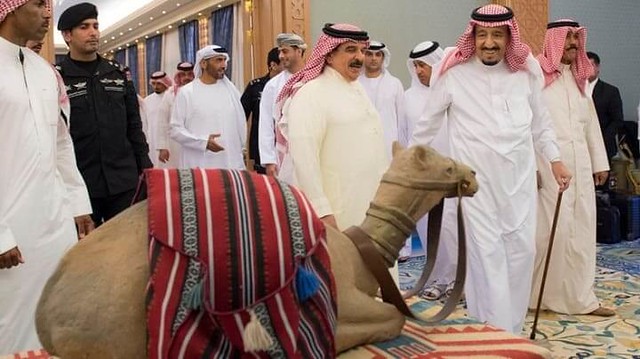 To implement this offer, the committee was coordinating with the concerned authorities and agencies. This is indeed a great step by King Salman. His Hajj and Umrah program to host 5000 pilgrims from 80 countries is appreciated by all. Even the pilgrims themselves were very happy.

As most of his guests were close relatives of martyrs, they felt happy to perform Hajj. They said that their worries and sorrows faded away. They were living a depressed life after the departure of their beloveds, but once they stepped into Kingdom and performed their Hajj, they felt refreshed.

Ruwdha Abdulhameed who performed her Hajj under the Umrah and Hajj program is a Palestinian woman from Gaza. She is 63 years old and is rightly called as the mother of Martyrs. Her son and two grandsons were killed.