It has been reported that the students in Kerala have waved a large flag that looks identical to the flag of Pakistan which created a stir in the social circles of Saudi Arabia. Kerala is a state of India which is located at the southwestern Malabar Coast.

On 29th of August, the students who belonged to the Muslim Students Front (MSF) of the Perambra silver college waved a large flag which looked similar to the flag of Pakistan. They were taking out a procession, which was a part of the union elections being held inside their campus.

Considering the relationship between the two countries, you can understand how dangerous it could be for anyone to wave the flag of an enemy country.

However, the students have made it clear that they have waved the flag of the MSF and not of Pakistan. The flag was large in size and thereby resembled that of Pakistan. All this created confusion.

More than 30 students booked for allegedly waving #Pakistan flag in college campus of Kerala. Case has been filed against students from MSF (Muslim Students Front). This incident happened when students were carrying out procession as part of union elections. pic.twitter.com/EbNvBLcjoT

According to sections 143, 147, 153 and 149 of the IPC, all the students of MSF have been booked. The police say that they are carrying out further investigations. The police are keen to identify all the students from the video which has been making rounds on social media.

Whatever is said by the Indian state or media, even a blind person watching this video can recognize that it is a Pakistani flag. Have a look at the below photo of Pakistani flag and try to compare it with the one shown in the video. 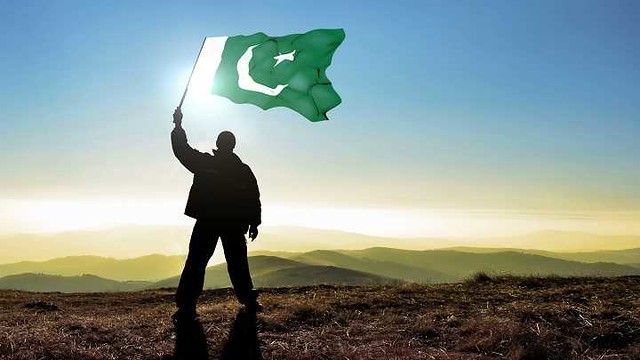