Home Iqama Iqama for Newcomers What is the Kafala system in Saudi Arabia?

It is very important to understand the meaning of Kafeel and sponsorship system in Saudi Arabia if you are planning to come to this country.

You need to be under the sponsorship of one Kafeel if you are living here. This Sponsor can be an individual, a partnership business or a company.

The meaning of Kafeel in Saudi Arabia can be understood by the statement that you need permission from your Sponsor to enter Saudi Arabia, leave the country for a temporary or permanent basis, buy a car on a lease, borrow loan from a bank, open bank account and the list is unlimited.

Entering to Saudi Arabia for job purpose is not legally possible without the involvement of a Kafeel. There are some other ways of entering Saudi Arabia which is not legal so we are not discussing them here. Normally companies hire you from your native countries and send a visa to an agent authorized by you.

If you look at your passport, your visa is valid for only 3 months. Don’t be afraid, this is actually the probation period you need to complete before getting your residence permit. You will have to go through a certain procedure that is covered in this article to apply for your first Iqama.

If your Sponsor does not make your Iqama within 3 months, you have the right to look for another job and transfer the sponsorship even without his consent. 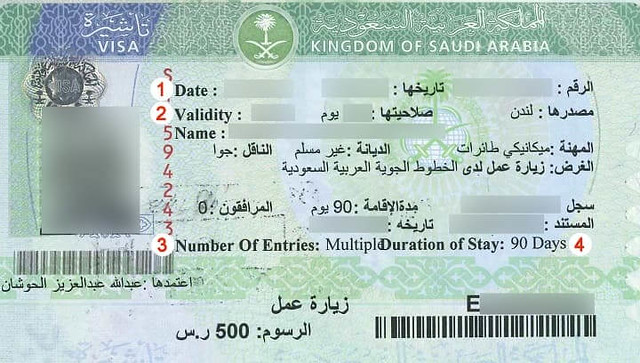 The resident permit in Saudi Arabia is called Iqama. Every expatriate must have an Iqama. After entering Saudi Arabia, you can live for only the first 3 months without Iqama. After that, you would be treated as illegal.

The legal requirement is that if your Kafeel is satisfied with you, he can issue you Iqama even for less than 3 months i.e probation period. In order to process an Iqama, you need to surrender your passport to your Sponsor. It is not advisable to travel to some other city if you don’t have your Iqama or Passport with a valid visa. 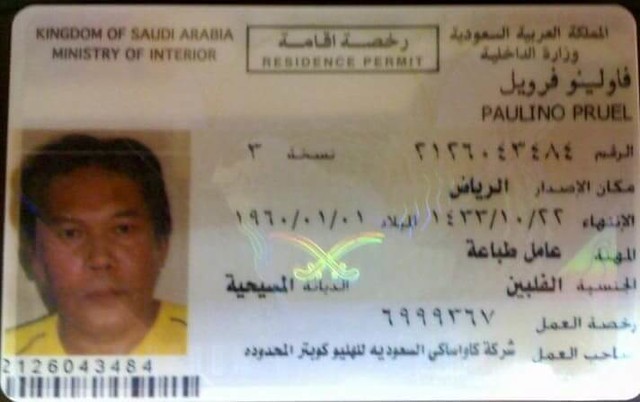 Labor Law in Saudi Arabia provides a minimum of 21 leave days to each employee per annum. If you have completed five years with one Sponsor, you are entitled to 30 leave days per annum. (Entitled Leaves for Employees as per Saudi Labor Law)

Moreover, your employer is responsible for ticketing expenses in your home country. Only your Sponsor can issue your Exit Re-Entry visa cost of which is SR 200 for the first 2 months and SR 100 for an additional month. However, you can issue an exit re-entry visa for your family. 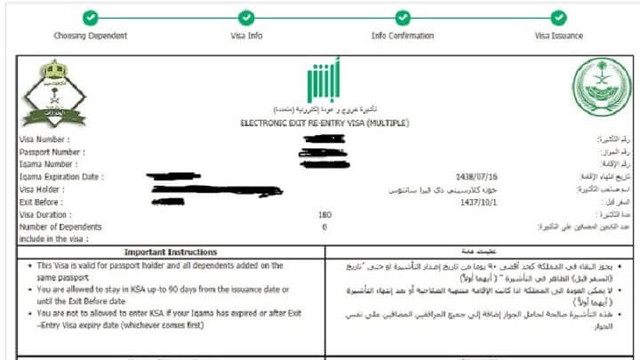 Your employer is your Sponsor and you can be the Sponsor of your family. Your family consists of your parents, wife and your children. They need your permission for all the things for which you need approval from your Sponsor.

It is illegal to work for someone who is not your Sponsor. So, in order to be legal in Saudi Arabia, your sponsor and your employer should be the same persons.

However, it is possible that with the permission of your Sponsor you start working for some other Sponsor and the second Sponsor takes your Kafala under his name. It is called “transfer of sponsorship“.

In this way, your new employer will become your Sponsor.  But during the period, your sponsorship is under processing of the transfer, you can work for the new employer. If you are working for someone who is not your Sponsor and you are caught by the passport office (Jawazat), penalties can be severe to you including a fine up to SAR 100,000/-, jail of 2 years followed by deportation.

There is no need to seek permission for marriage from Sponsor in Saudi Arabia. We have already published a detailed article in this regard. Recommended: Getting married in Saudi Arabia

Even in the case of the death of someone, there are lots of documents required from Sponsor to register the person as dead in the records. This is the reason; it takes around 3 days on average to bury a dead body of expatriate if the family is willing to bury him in Saudi Arabia.

If they want to take the body back to the native country, the procedure may prolong to even 15 days. For detailed guidelines in this regard, please have a look at this article.

It has become a general practice in Saudi Arabia that Sponsor holds the passports of all the employees who are under his sponsorship in his custody.

He hands it over to them only when they are leaving Saudi Arabia with his permission. However, this practice is illegal. Have a look at this article for the reference of the law.

There is no problem for the people who are working in big companies as their sponsor is the company itself and if the company is running, they don’t need to fear anything.

However, the problem is for domestic workers like housemaids, domestic drivers, and private watchmen. They will have to transfer the sponsorship to the name of his brother/son or any other close relative.

How to check work permit status in Saudi Arabia?

How to change nationality on Iqama?

How to change religion on Iqama?

How to check the name of an expatriate with Iqama number?

What are the types of iqama in Saudi Arabia?

10 Terms and Conditions of Residence Permit (Iqama) in Saudi Arabia