As Muslims, we do have faith in the existence of Jinns and Angels. In Islam, there are several hadith and verses from the Quran but many of us don't know about Jinn Al Kaboos which attack us while sleeping which is also known as sleep paralysis in medical science.

Jinns and Angels are real

We know that Jinns and humans have been made by Allah Almighty to live on Earth. Both shall be held accountable for their deeds.

Just as there are some bad people, there are Jinns who are not very kind. Jinns have been bestowed with special powers that are not given to human beings. But one thing that we all shall bear is that humans are the superior creation of Allah and thereby we should not fear any Jinn including Al Kaboos. Recommended: 7 lesser-known Facts about Jinns

What special powers does Jinn Al-Kaboos have?

Today, I am going to discuss the powers of a jinn known as Al Kaboos. My intention here is not to frighten you, as I have already told you that we humans are superior to them, but the purpose of the post is to create awareness among the Muslims.  Recommended: Wells dug by Jinns during the time of Hazrat Sulaiman A.S.

Jinn Al Kaboos has the ability to attack one while one is sleeping. If you are asleep and feel that you are getting suffocated and someone or something is being pushed on you which is not allowing you to breathe and then all of a sudden you wake up trying to catch up your breath, then you have been attacked by Al-Kaboos.

Jinn Al Kaboos tends to strangle you while you are sleeping. The medical science has claimed that such a phenomenon is known as “sleep paralysis”, yet according to Islamic teaching, this is an attack by Jinns. 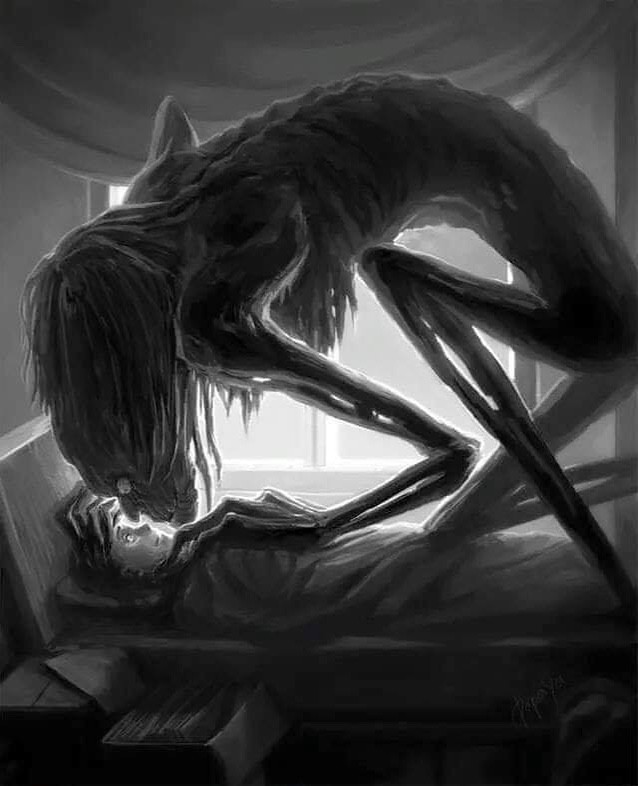 Many people have asked me if there is any particular Hadith or verse from the Quran related to Jinn Al Kaboos in Islam. Well, frankly speaking despite searching it many times, I couldn't find any special Hadith which talks about Jinn Al Kaboos.

However, we should not forget the fact that the Holy Quran and Hadith were not revealed to give us knowledge about the types of Jinn. There are special people, studies and knowledge centers related to Jinns. If the Quran and Hadith do not contradict with these studies, they are believed to be true even in Islam.

How to make sure you are not attacked by Jinns?

There are indeed certain measures which we can take to avoid the Jinn Al Kaboos attack while sleeping. The best way is to sleep according to the Sunnah of the Prophet Muhammad S.A.W. Here is a list of Sunnah that we shall perform before sleeping:

A persistent condition where you feel being attacked in your sleep is a medical syndrome for which you shall seek medical assistance. This particular syndrome is called sleep paralysis. Whether it is Jinn Al Kaboos as per Islam or sleep paralysis as per medical science, this feeling is quite frightening.

Do Afghans speak the language of Jinns? Recent research

3 Major reasons some Muslims use Black Magic Spells – How it works?