Jawerah Saif Al Kumaiti is a young, brave and intelligent lady who saved the life of a driver. She is a 22 years old young Emirati lady, who originally hails from Ajman and is employed at Adnoc.

She went to Sheikh Khalifa hospital that is located in Ras Al Khaimah to visit one of her friends there. While she was on her way back, she saw that an accident had taken place there. The two trucks had collided, but to her surprise, a man was screaming for help.

She saw a man on Fire: When she looked around to see, she spotted a man on fire. She was shocked and could not see the man helplessly fighting the fire. She wanted to help him, she did not want to be a silent spectator.  She did not waste time and stopped her car right away.

She took an Abaya: She quickly underwent an idea to save the life of the driver, who is identified as an Indian national. She asked her friend who was with her in the car for her Abaya. She took the Abaya from her and rushed towards the man. The brave lady covered the man with her friend’s Abaya to put out the fire. 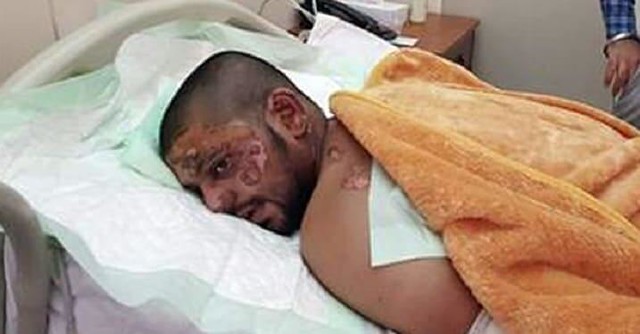 The Ambulance arrived: Soon the police, an ambulance, and paramedics arrived. They gave the man the necessary first aid immediately and then took him to the hospital. The young and brave lady appreciated the efficiency of the police and medical team who came in time and prompt into action. 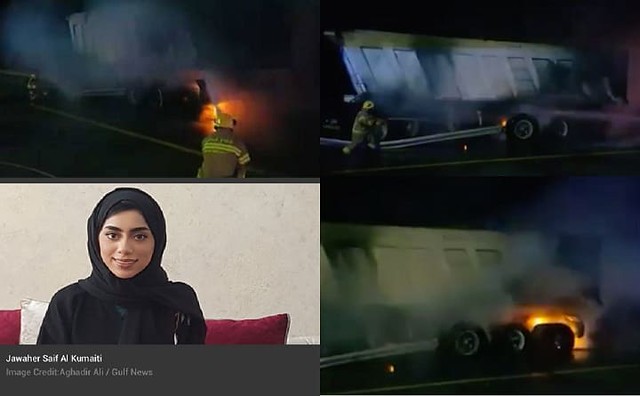 Nobody helped him out: Yet she says that she is amazed at those people who were standing near to the driver seeing him burning and calling for help. They did not move to help the poor man and watched him burning and fighting for life!

She was honored for her bravery: The people on social media shared her story and soon the brave Emirati lady became a hero in the media. The RAK police have honored her for her quick thinking, a brave and courageous action that helped in saving a life. She was interviewed by many news channels.

Considering her efforts to save the life of an Indian National Ambassador Navdeep Suri, felicitated her at Embassy of India Auditorium, Abu Dhabi. We have shared the video below.