According to the research, Islam will be counted as the most popular religion by 2070. Research further reports that soon, Islamic followers will be more than Christianity followers. There will be a huge ratio of the Muslim population in the coming times as opposed to others.

Muslims will cover more than one percent of the Christian population globally by 2100. Researchers further revealed the facts that the main factor involved in increment of the Muslim population is migration.

Migration of Muslims towards non-Muslim regions would include North America and Europe.  This rising line in the Muslim population graph is noticed in the non-Muslim states which would result in the rise of Muslims throughout the world.

Pew Research Center conducted survey examination which specified the fact that there is going to be a great rise in the number of Muslims which indicates that Muslims are going to be considered as the fastest-growing religious group around the world. 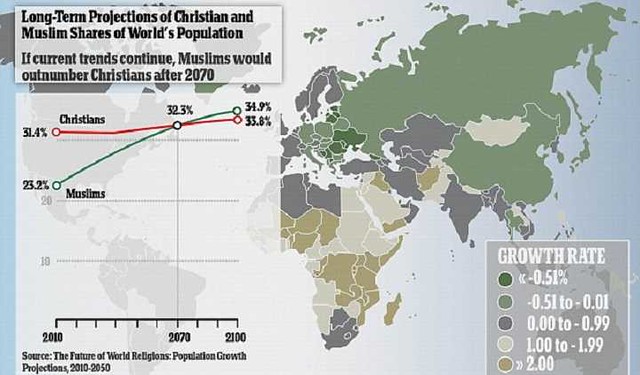 Muslims tend to have more children: The research study also examined and claimed that Muslims holds more children ratio than the members of other religious followers.

On an average basis, each Muslim woman has an average of 3.1 offspring as compared to 2.3 for all other religious groups. In the year 2010, the median age noticed of the entire Muslim population was about 23 which is seven years less than non-Muslims.

Muslims would outnumber Christians by 2070: The Pew Research Center reports predict that the followers of Islam will soon be equal to the Christian believers sharing almost 32 percent population each year in 52 years.

Pew Research center also states that almost 62 percent of Muslims live in the Asia-Pacific boundary, where Muslim population exists widely. Under Asia-pacific territory, the most populated and largest Muslim countries recorded are Indonesia, India, Pakistan, Bangladesh, Iran, the and Turkey. 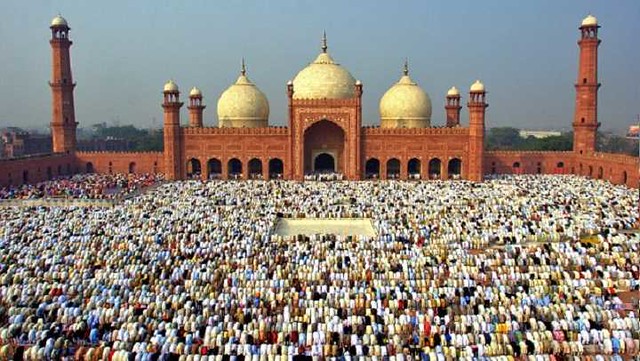 The Muslim population in India: In the year 2050, India will be counted as the largest Muslim population country in the world. Therefore, the estimated projection of population changes till 2010-2050 indicates that Islam would be considered as the most followed religious group which will spread faster.