Home Latest News Islamic News Is the closure of Masjid in compliance with Sharia?

Amid the coronavirus outbreak where shopping malls, schools, and offices have been closed to contain the spread of Covid-19, the Muslim World League has also announced a temporary closure of mosques in many parts of the world.

The statement was made by Mohammad al-Issa the secretary General of the Muslim World League. In his statement, he declared that this is a religious duty dictated by the Islamic Sharia and also general and specific rules in light of coronavirus becoming a pandemic.

The temporary closure of Mosques will be applied in some countries across the Islamic World as a precautionary measure to prevent the spread of the virus.

Saudi Mosques have closed down

Saudi Arabia has also suspended all the prayers inside the mosques across the Kingdom except those in the two grand Mosques of Mecca and Medina. The step was taken as a precautionary measure against the spread of the fatal Coronavirus.

People are quite aware of the fact that the spread of this virus can only be controlled after taking precautionary measures and avoiding public gathering.

Besides this, the Islamic Sharia has also advised people not to go to any communal prayer if they are having any symptoms of the virus or those whose mouths smell after eating. Anybody can get contaminated with the fatal virus. 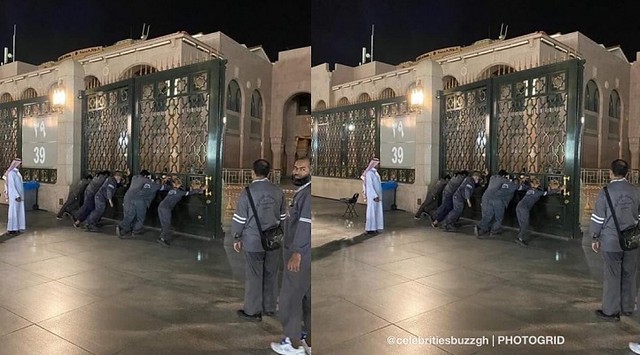 Why not Pakistan and India?

In some countries like Pakistan and India, scholars and governments are hesitant to close down mosques on a temporary basis. What I don’t understand if Makkah and Madina can be locked down, why not these mosques?