It is clear that every person cannot afford the cost to travel to Saudi Arabia to perform annual pilgrimage. Some lose hope and leave it to Allah while on the other side there are also some people who can not afford but they save for their lifetime to visit the grand mosque. One such example is of an Indonesian widow.

An Indonesian 64 years old woman Maryani saved for 26 years to perform Hajj and do you know that she has been selling Junk for the very purpose. And now her hard work is paying her off: Maryani dream is finally going to come true.

She spent 26 years of her life collecting money by picking waste from the streets apart from feeding her four children own her own. Maryani arrived in Saudi Arabia on Friday and while leaving her home town she told Andalou Agency that she always wished to perform Hajj and her desire to perform Hajj grew stronger when her husband passed away in the 1980s.

She was left alone a single mother to raise her four children on her own and that time she did not know how to save money, so she selected the occupation of collecting the junk from the thoroughfares. She collected recyclable items like cardboard, plastic bottles, cups, and cans and sold them to the recycling companies.

Maryani said that she worked every morning from the dawn till the Fajar prayer and sometimes when heavy rain occurs, she also used to collect sand to sell. 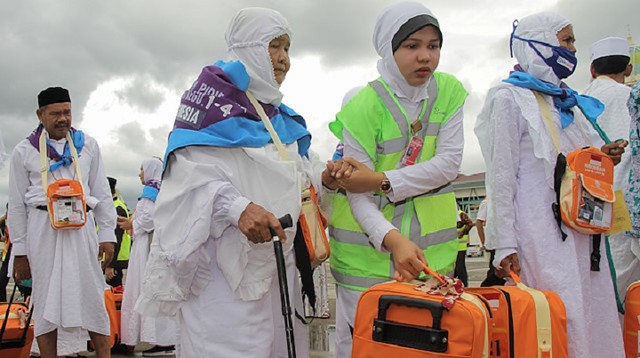 She was able to register for Hajj in 19 years

After 19 years of her hard work, Maryani was able to save 25 million Rupiahs in the year 2012. This was the minimum initial payment that was required to register for Hajj in Indonesia at that time. However, she continued to sell junk and saved the remaining 10 million Rupiah.

Maryani now-adult children helped her with the daily expenses and they were totally unaware about their mother’s plan or her saving as one of her child Dany Mulyana who now works as a parking attendant startlingly asked How can he help his mother as he doesn’t have any knowledge that her mother was saving money to perform the annual pilgrimage.

She surprised her children with the good news

Maryani told her children that she was leaving for Makkah in April after receiving her departure schedule from the Ministry of Religious affairs.

Maryani expressed her feelings that 26 years was a long time but the most important thing was that, during all these years she never gave up her dream or even thought that she could not succeed in her mission, she never worried about when she would have enough money to perform Hajj. She worked hard, saved with full spirit and never felt tired.