An Indian national who has been living in the UAE for the past 16 years without proper documents have finally returned to his country. Neela Yellaiah arrived in the UAE from Telangana and started working on a blue-collar job.

Neela Yellaiah was residing in the UAE illegally

Neela Yellaiah did not have a passport or any other documents. Thus the Indian consulate had to search through thousands of documents in the passport database to search for his identity.

The only document that Neela Yelaiah possess was an election ID from 2002. 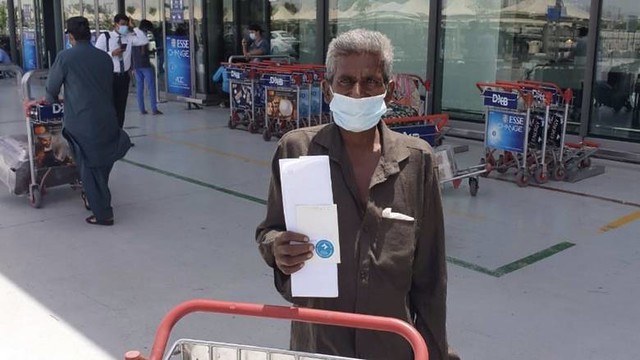 How was Neela found?

Rupesh Mehta, a UAE resident who has been residing Sharjah for the last 42 years found Nella Yelliah. Rupesh Mehta said, when he visited the industrial area, some men asked him to help Neela Yellaiah.

Work started to repatriate Neela to his country

Mehta disclosed that he started working on this task in late June and was able to repatriate him to his country by August without the availability of any proper documents.

It took months, but successfully the consulate verified the name and status of Neela Yailliah with the help of Hyderabad RPO.

An emergency travel document was issued to him. With the cooperation of local authorities, his fines were also waived.

When Neela Yailliah left his country, he had a daughter who was a toddler. Now his daughter is grown up and married, Neela will meet his daughter and his grandchild after returning to his country.