None of us have forgotten the crane incident in which 111 people died and 394 were injured. After the incident, King Salman announced that the relatives of every martyred pilgrim will get SR 1 million and every injured pilgrim will receive SR 500,000 from the government of Saudi Arabia.

The hajj pilgrims were the guests of the Saudi government and thereby they sought that they shall be compensated to their best. The payment for the compensation was delayed as the case related to the negligence of a contractor Bin Laden was in the court.

Finally, the Saudi government is now monetarily compensating the victims. Recently, an Indian street vendor received his cheque of worth $133,000 which when converted to his currency turns out to be Rs 93.77 lakh.

Shaikh Mujeeb, who is a street vendor and sells plastic products by roaming around in the streets of Hyderabad went to Saudi Arabia in 2015 to perform hajj with his mother. He was critically injured in the plane crash yet survived and was taken care of at King Abdulaziz Hospital. 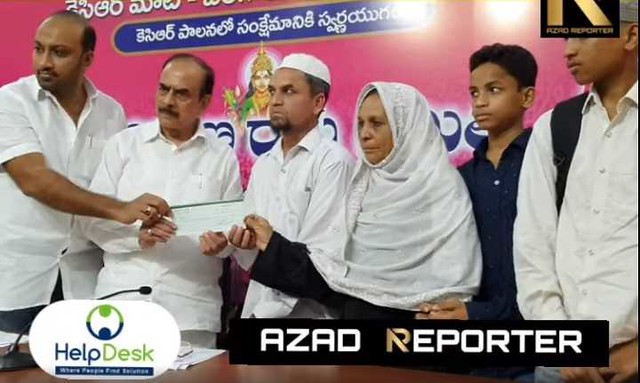 He was overly joyed

He was overly joyed upon receiving the compensation cheque from King Salman. He also recalled those days: he was helping others and pushing them over when the crane was falling. He was injured yet was able to rescue several pilgrims.

He also told that the present Indian Consul General Md Noor Rahman Sheikh, who was then Haj consul, came to visit him in the hospital. Filled with gratitude, Mujeeb is more than happy for receiving the hefty amount.

He thanked King Salman for the monetary compensation and extended appreciation towards the Indian Ambassador Dr. Ausaf Sayeed and Consul General Md Noor Rahman Shiekh for their effective coordination.

According to the authorities, 14 Indian pilgrims got injured during the crane crash. All of them have received their cheques of five lakh Saudi Riyals which equivalent to the US $133,000. 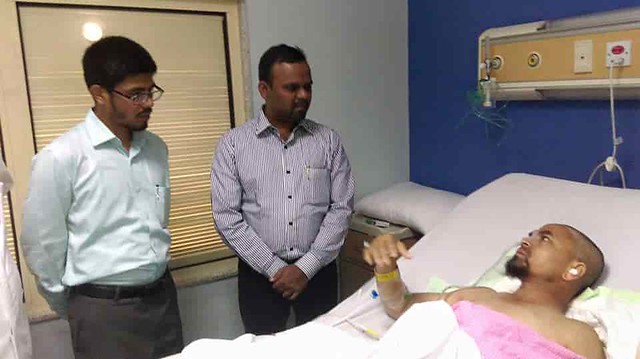 Shameem Banu, Khader Bee, Mohammed Abdul Khader and his wife Fatima Bee were among 13 Indian pilgrims who died in the crash. Their families have received one million Riyals cheque each which is equivalent to Rs 1.88 crore.

The Saudi government has disbursed the compensation amount to families of 13 Indians who died and 14 who were injured.

The Saudi government is also working on payments to be made to the pilgrims of other nationalities. They have already distributed cheques to Bangladeshi crane victims recently.