There have always been fights among Indians and Muslims over slaughtering cows and consuming their meat. Many Muslims there are unable to consume beef as the Hindus there have religious associations with cows.

Why cow milk is yellow?

However, a new comment on cow’s milk has started a controversy around the globe. One of the political leaders of India believes that the Indian cows tend to give milk that contains “gold”. This is the reason that the color of Indian cow’s milk is yellowish and not pure white. 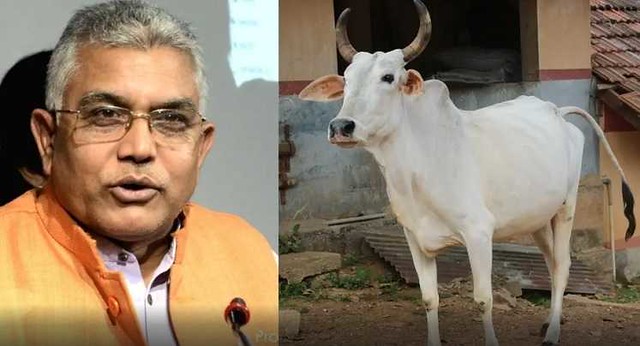 He was giving a speech at a program in the Burdwan district. He clearly said that one of the features of Indian cows is that they give milk that contains gold, thus explain its yellowish color. Further, his non-scientific briefing exclaimed that the reason behind it was the cow’s hump. Recommended: Why do Hindus drink cow urine?

How gold is made inside the body of a cow?

Normal cows or the non-Indian cows do not have a hump and Indian cows have hump which is the reason for gold-milk. He explained the whole process claiming that when the sunlight hits the hump, gold is produced as the hump has an artery known as ‘swarnanari’ (gold artery). When sunlight falls on the hump, the arteries produce gold and that gold is transmitted to the milk.

This is the reason to why the color of Indian cow’s milk is yellowish or gold. This gold-milk has miraculous properties. The milk is a complete food: one who drinks is does not need to have another meal as it is a complete food.

The whole phenomenon was explained at the program organized by Ghosh and Gavi Kalyan Samiti in Burdwan Town Hall. Getting emotional upon the cows he declared that killing a cow and consuming its meat in India is a “heinous crime” because the animal is like a mother to Hindus. He labeled beef eaters as “anti-socials”.

He added that we (Indian Hindus) respect cows as we respect our mothers and as soon as we leave our mother’s milk, we start cow’s milk. If someone harms your mother what will be your reaction?  The people who harm cows shall be looked like the way they have harmed our mothers.

He commented that those who commit the heinous crime of killing and eating the meat of our mothers (Indian cows) are anti-socials.