An airplane-shaped balloon with the mark of Pakistan International Airline (PIA) was found in the Indian territory of Jammu and Kashmir.

According to Indian police, the balloon entered the Indian Territory Chak village of Hiranagar from Pakistan. The Indian army released the picture of the captured balloon.

The picture showed that the balloon featured the lively green color of the Pakistani national flag with the logo of PIA both written in English and Urdu.

Although it was not immediately known where the balloon came from but due to the rising tension between the two countries, allegations are always placed on Pakistan. They also claimed the balloon is a spy balloon sent from Pakistan. 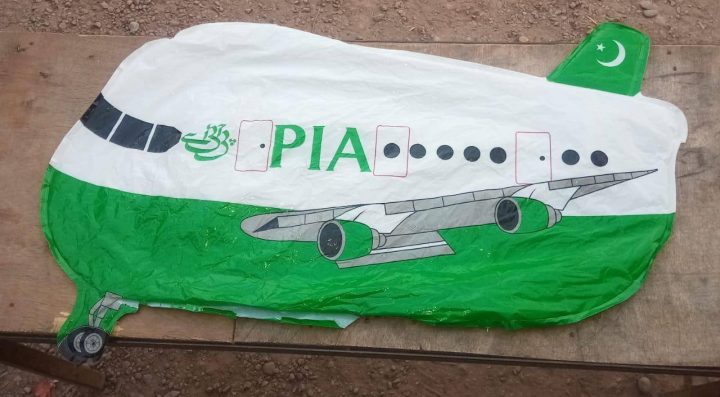 The locals of the area Sotra Chak village first witnessed the balloon and they informed the police. Hence, the Rajbagh police team reached the spot and also seized the balloon. The police have announced no further information but the matter is under police investigation.

This is not the first incident or first thing the Indian police have seized that claiming it as a spying thing sent from Pakistan but such incidents have been reported several times. Before this, a pigeon was also captured by the Indian army for crossing the Pakistani borderline and entering India.