A 12 years old Saudi boy has made us proud and has amazed the world. He has the honor of solving 200 mathematics problems in a mere 8 minutes. Imad Al Amoudi, who is just 12 years old came first in the World Intelligence Contest that took place in Malaysia on Tuesday.

Surprisingly, he has a twin brother named Moaz who came second in the contest. The brothers sure have intelligence running in their genes!

Both the brothers live in Makkah. They are a student at Sheikh Abdullah Khayat Intermediate School. They have the honor of competing in the UCMAS Abacus and Mental Arithmetic International Competition, held at the International Islamic University in the Malaysian capital Kuala Lumpur. They competed with 9,000 other students who hailed from 83 different countries. 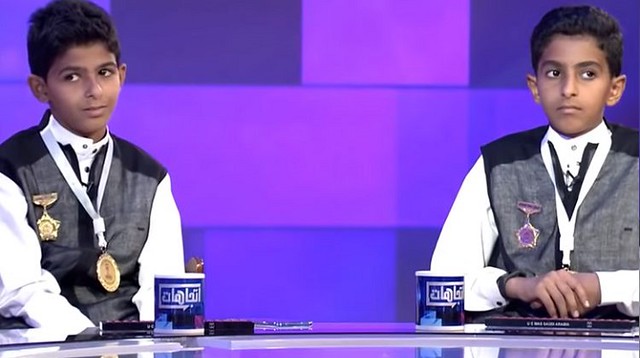 Both the brothers have attained a prestigious position at the international contest which shows the potential in the youth of Saudi Arabia.

Imad told that he never knew that he would come first in the contest: he wasn’t assured of his capabilities. He was even a bit scared for competing in the contest where thousands of students come up to showcase their talent and intelligence.

Last year, 5000 students competed in the contest which made Imad scared of taking a notable position.