Home Social Issues $€X If you marry a girl you raped, there is no Punishment for... 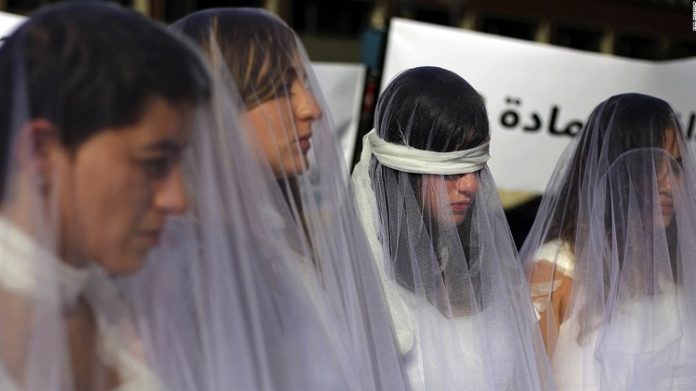 Lebanese women held a protest against the law that allows a rapist to escape punishment! Rape is one of the major crimes. The women who go through a rape have to go through a lot of torture!

A male possesses more strength than women but it does not mean that he can easily violate the female rights. A victim of rape shall have all the right to make sure that the right’s violator goes through a major punishment.

Also, we need to make sure that such crimes are punished harshly so that we can maximally prevent its occurrence. According to the Lebanon law, a rapist can escape the punishment of his crime by marrying the one who has been raped by him.

The actual punishment that has been upheld by the state’s law is imprisonment for seven years. The punishment is even harsher for the criminal who rapes a majorly mentally and/or physically disabled person and a minor.

However, the basic problem arises because of the Article 522. According to the article, a rapist will not be subject to any punishment if rapist and victim get married. This means that a person can simply escape the punishment by holding up a marriage.

However, the matter was taken up in the parliament in 2016. The political representatives who were classified as varied Muslims and Christians were hopeful that the law would be amended after the end of two years delayed elections.

The presidential elections meant that parliament could now pass legislation. Not only political representative was active to amend the laws, but also the Lebanese women came out to protest against the laws.

In December 2016, there was a protest by the Lebanese women outside the government building in the downtown Beirut. The held the protest in a unique way. About 12 women were witnessed wearing white dresses. They were covered with false bandages and blood stains.

A local NGO named as Abaad took part in the campaign. The head of Abaad NGO, Ghida Anani, briefed the media that they have stood up against the rights violation of women.

She said that they support the rights of women irrespective of her age, the background and environment she belongs to, either she has special needs or is a victim of rape: Abaad simply supports rights of women. 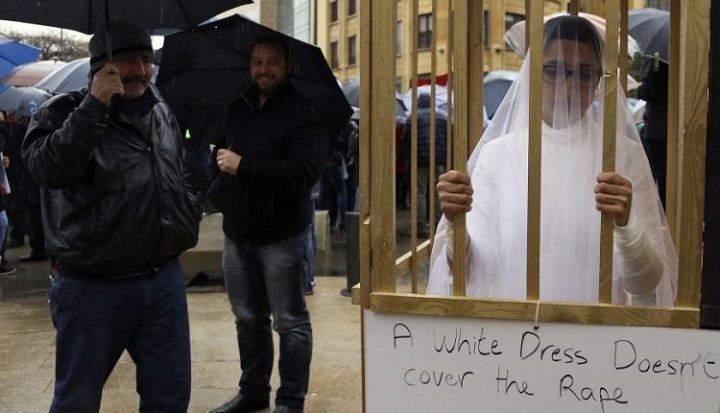 Anani further briefed that they simply reject the Article 522. It makes a rape victim a victim for life! She is forced to continue her life with the one who raped her once.

The law actually allows a rapist to first rape a woman: and then rape her daily through marriage. This makes a victim a victim twice! However, there are people of different opinions.

Even within the parliament of Lebanon, some have shown support for the law. They say that this is one of the ways to save the respect of the women who have been raped. The marriage clause allows the rape victim to uphold her honor.

7 things about Marital Rape – every married person should know about