It was reported that there has been an incident when human remains fell from the sky in the Kingdom of Saudi Arabia.

The incident was reported merely on the same day that a Boeing aircraft 767-300 was forced to make an emergency landing because of the landing gear malfunction.

A human body fell from the sky

It was told that at least 29 passengers aboard were injured. The exact estimate is however still untold.

The police have however have said that the fallen human body remains from the sky is not connected to the emergency landing of the flight.

There have been certain cases reported in around from the world, mainly from Heathrow where a stowaway was found in a plane that arrived from Istanbul, Turkey. 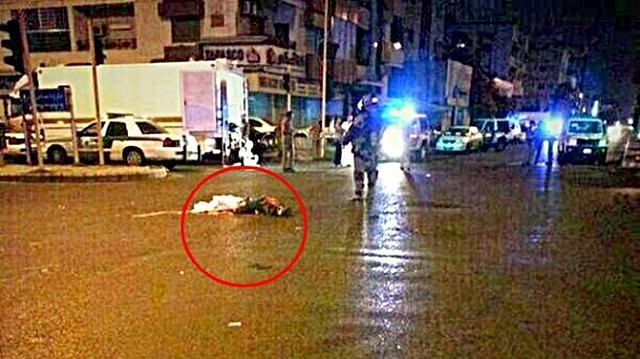 How is it even possible?

For someone to hide or stay in the stowaway hasn’t been difficult or uncommon. It has happened many times before but due to the freezing conditions and oxygen deprivation, chances of surviving are minimum and highly uncommon. As the plane reaches a certain altitude, the chances of survival are rare.

People called the police when they saw the human remains in the middle of the road. One of the eyewitnesses of the situation told Police that he saw a mass coming from the sky when an airplane was crossing by.

Apart from that, there is no such proof that can tie both the emergency landing and the human remains to one another. The police have also avidly denied that both cases are linked to one another.

What can be judged and estimated is that in 2012 there was a stowaway that fell to earth in Mortlake situated near Heathrow.

The stowaway was from Mozambique and apparently, the case similarities are enough to think that the fallen man was in fact situated inside the landing gear of the plane.

Proper checking should be conducted before every take-off

It can only be hoped that the responsible airlines take charge and perform proper checking of the planes that are ready to take off.

These cases do not only affect the people in the landing gear but put the lives at risk of the hundreds who are on board the aircraft.

No one can further comment on the story and it can be presumed that the airline responsible would do absolutely anything to make this news disappear and vanish into thin air!