Home Social Issues Islamic values How to treat someone who claims to be a Muslim but you...

One group of Muslims calls other Kaafir: We have seen many times that the Islamic scholars blame other Muslims for being (Kaafir) non-believers. This is a great social dilemma amongst our society.

Islam is a religion of peace and understanding, it does not tell us in any way to hurt someone else’s feelings or to judge someone whether they are a true believer or not.

What does the Quran say about this? Regarding this matter, Allah says in the Holy Quran: O you who have believed, when you go forth [to fight] in the cause of Allah, investigate; and do not say to one who gives you [a greeting of] peace “You are not a believer,” – Quran 4:94

In this verse of the Holy Qur’an, the distinguishing between the believer and a non-believer comes with the greeting of peace, this is because, in the early days of Islam, the greeting as-salaam Alaykum was used as a distinguishing symbol by the Muslims.

Salam was used as a distinguishing factor between Believers and Non-Believers: In the early days, there were not many things that distinguished between a believer and non-believer because they wore the same dresses and spoke the same language so whenever the two people greeted each other with as-salaam Alaykum, it signified that both people are Muslims and therefore had good intentions for each other.

Later, this also became a strange trend on the battlefield. During a war, the Muslims and non-Muslims used to get mixed up and if a Muslim was about to attack a fellow Muslim, the other would greet him with as-salaam Alaykum or say ‘There is no God save Allah’. 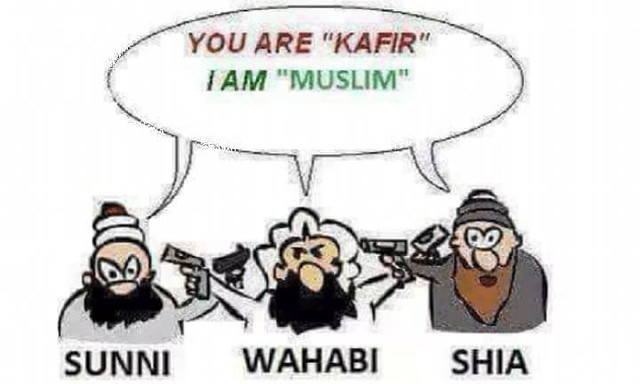 What happened when Sahabas eliminated someone who claimed to be a Muslim? Sometimes it happened that the Muslim who was attacking ignored the plea thinking it would be a lie to save his life and eliminated the other person and collected their booty.

When Prophet (PBUH) came to know of such incidents, he approached the concerned people and told them not to do this, such kinds of acts, however, did not stop.

Allah, later on, revealed this verse to remind the people that they were also disbelievers once and that Allah had shown them the right path. It is not our right to judge someone upon the fact that he is a Muslim or not.

We are no one to judge others: If the other person says that he is a Muslim and he secretly does not believe in it, then it is not our matter, because we are somewhat helpless in this. At most, we can investigate, but we can never be sure. Taking the life or punishing a Muslim is worse than not punishing or taking the life of a disbeliever.

The whole article summarizes the fact that we do not have any right to judge someone about being a true believer or not. If someone says that he is a believer, then we should let it be rather than punishing him by calling him a disbeliever or doing other acts to hurt him.