Home Saudi Laws Other Laws How to check if you are blacklisted in Saudi Arabia?

Is there a way to check or know if you are blacklisted or banned in Saudi Arabia with your fingerprints? We have covered it below.

Blacklisted due to criminal activities

If you are involved in any of the 8 activities described in the provided link and an official complaint is registered against you, you don’t even need to check as you are already blacklisted in Saudi Arabia. Recommended: 8 Top Reasons you could be banned from entering back to Saudi Arabia

It is also important to know here that in case of criminal activity; an expatriate is banned to enter back to Saudi Arabia for a lifetime. If only a case was registered against him, but he left the country before prosecution, he would be arrested as soon as he lands in any of the GCC countries and will be brought to Saudi Arabia for the probe and prosecution. Recommended: How to check if you have a court case in Saudi Arabia?

If your sponsor has declared you an absconder (Huroob) which means that you are not reporting to the work, the authorities would start looking for you and as soon as you are caught, you will be deported.

What is the duration of the ban in case of deportation due to Huroob? Recommended: What is the Duration of Ban to enter back to Saudi Arabia in the Case of Huroob? 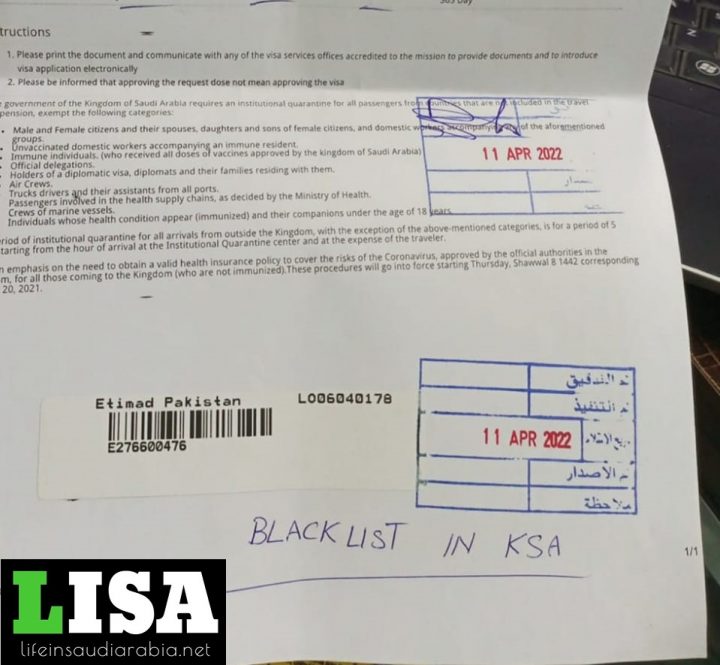 Blacklisted due to exit re-entry visa

Before, the rule of the country was that if an employer doesn’t report against you, there is no blacklisting or ban on an employee.

However, now there is an automatic ban imposed on those employees who flee the country on an exit re-entry visa and don’t return back. Recommended: What is the ban period on failing to return on Exit Re-Entry Visa?

Can Kafeel blacklist an expat?

However, if an employee is involved in fraudulent activity and the employer reports it and the court issues an order against the expat employee, the MOI will blacklist the expat from entering back to Saudi Arabia.

Check if you are blacklisted in Saudi Arabia Online