Home Islam Hajj & Umrah How the Hajj was performed in the pre-Islamic era?

Hajj is one of the five pillars of Islam

The Muslims who have enough resources and are healthy shall perform the Hajj. Hajj is to be performed once a year and Hajj can only be performed in the blessed city of Makkah where Holy Kaaba rests. The Hajj in the pre-Islamic era was completely different from the current form.

Today, Muslims perform Hajj in accordance with the teachings of Islam and the Holy Prophet PBUH. However, Hajj dates back to Prophet Ibrahim A.S. The Holy Quran reveals that the Holy Kaaba was built by Prophet Ibrahim A.S and his son Prophet Ismail A.S. on the directions of Allah SWT.  [Surah Al-Hajj 22:26]

Once the Holy Kaaba was built, the Prophet Ibrahim would come to perform Hajj every year. After Ibrahim A.S died, Ismail A.S continued to perform hajj as his father would do and as it was instructed by Allah Almighty.

Yet years later, people started to forget the true message of Allah and got involved in activities that were not instructed and liked by Allah. They started to worship idols along with Allah and they had changed many practices including Hajj. 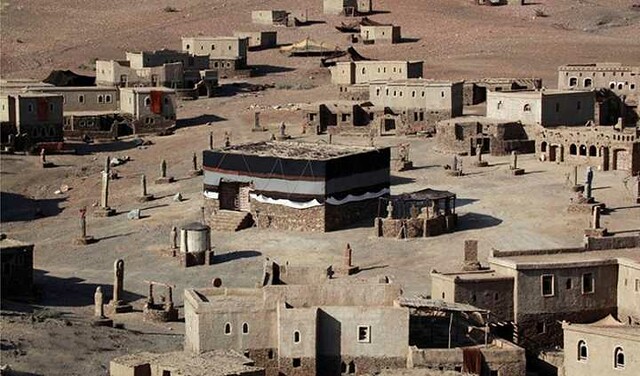 People started worshipping idols during the performance of Hajj:

People started to respect and worship idols so much so that they started to place idols inside and around the Kaaba. It is said that almost 360 idols were housed along Kaaba.

It is said that the painting of Jesus with Maryam was also hung along the Holy Kaaba. Poetry competitions were held, and people would place poems on the wall of Holy Kaaba.

Tawaf in the pre-Islamic era:

The Hajj rituals were drastically changed. People used to perform the Tawaf of the Holy Kaaba in so-called “pure form” by being naked. They would circle around the Kaaba without covering their bodies and would not respect the holiness of the Kaaba.

They argued that they were born naked and shall perform Hajj in the way they were born. Instead of worshipping they would clap, whistle and even sing. They would blow loud horns while performing Hajj.

Animal Sacrifice in the pre-Islamic era

One of the Hajj rituals is to offer an animal sacrifice. These people had manipulated the ritual as well. Instead of distributing the flesh of the animal among needy they used to hang the flesh around the pillars of Kaaba and would stain the Kaaba in the blood of the sacrificial animal claiming that God has asked for blood and flesh. 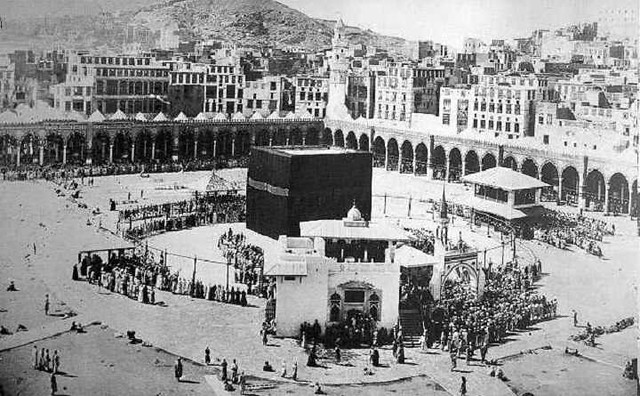 Immoral acts like singing, drinking, and adultery was common practices by the Hajj pilgrims. They would dedicate major time towards such acts. This only shows that they had neglected the message of Allah and his Prophets. They had started following what they liked and what their forefathers had taught to them.

The Holy Kaaba was not respected and was made impure. Such ill practices continued for about 2500 years until Islam was revived after the Prophet Muhammad PBUH came and spread the message of Allah.

The arrival of Prophet Muhammad S.A.W

He enlightened souls of the people and showed them the correct path. He told us how to perform all the rituals be it salah, zakat, fast or hajj.

He abolished all the immoral acts while performing Hajj and showed us that how Hajj is to be performed. May we perform all the rituals as directed by Allah! amen.

How to use luggage locker service outside Masjid-al-Haram?