Home Social Issues Prophet's Stories What is the proof of Prophet Muhammad splitting the moon in half?

People used to ask Prophet Muhammad S.A.W for a Miracle

Before the migration to Madinah, the people asked him: “If you truly are a Prophet that has been appointed by Allah, then split the moon in half. Let it be in such a way that one-half will appear over the Mount Abu Qubais and the other half will be seen over Mount Quayqian.”

On this, the Prophet Muhammad S.A.W replied that if he would do so, would they become Muslims? They replied with immediate “yes”. 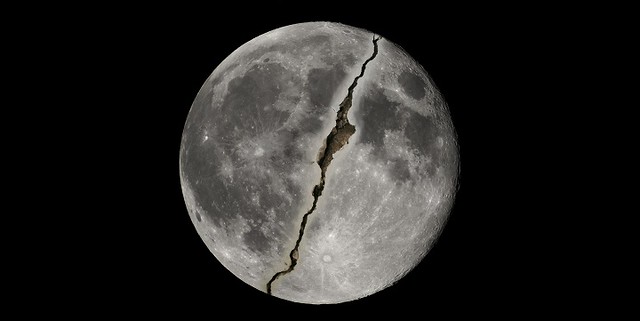 Thereby on the 14th night, which is the night of the full moon, the Prophet Muhammad S.A.W made a prayer asking Allah to bless him with the demanded miracle so that the pagans would convert to Islam. Soon the Angel Jibrael A.S appeared informing that the prayer has been granted.

Prophet Muhammad S.A.W thereby split the moon into two halves, on the will of Allah. He asked Abu Salam bin Abdulasad! Arqam bin Abel Iqram to bear witness of the miracle. 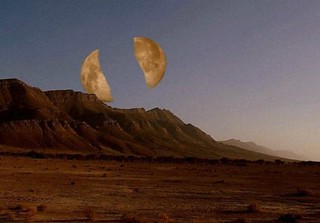 The Splitting of the Moon in the Holy Quran

The miracle of moon split has been mentioned in the Holy Quran. The Allah Almighty narrates in Quran (54:1):

The Hour has come near, and the moon has split [in two]. And if they see a miracle, they turn away and say, “Passing magic.” And they denied and followed their inclinations. But for every matter is a [time of] settlement.

The Historic Proof of the Split

King Chakrawarti Farmas of India claimed that he witnessed the moon split. This incident has been recorded in Indian history. According to the Indian historic manuscript that is placed in India Office Library, London which has reference number: Arabic, 2807, 152-173). It is quoted in the book “Muhammad Rasulullah,” by M. Hamidullah, which reports that:

This is an old tradition in Malabar that Chakrawati Farmas, who was a king, himself observed the splitting of the moon. The moon was split to celebrate the miracle of Holy Prophet Muhammad S.A.W as a messenger of Allah.

On learning this, he sent his son to Arabia to inquire about it. His son paid a visit to Holy Prophet Muhammad S.A.W and accepted Islam. He, however, died while he was returning home at the port of Zafar.

The reference to Hadith