This committee was chaired by the Crown Prince with the membership of the Chairman of the Monitoring and Investigation Commission, Chairman of the National Anti-Corruption Authority, Chief of the General Audit Bureau, Attorney General and Head of the State Security.

On order from the new committee, 11 princes, 4 sitting ministers, and ten formers minister were arrested on 4 November, Saturday evening.

One of the famous personality and the most prominent member of Royal Family Prince Al Waleed Bin Talal was arrested among them. He is a well-known billionaire.

The news of his arrest came forward as a huge disaster because he is the biggest shareholder in many multinational companies.

He has been a subject of numerous profiles and international publications. He is a very prominent investor in high profile companies like Apple, Citibank, and Twitter.

On 27th January 2018, Prince Waleed was released from Ritz Carlton prison after 2 months. Before being released from the prison, he appeared in an interview and showed the inside of his prison. 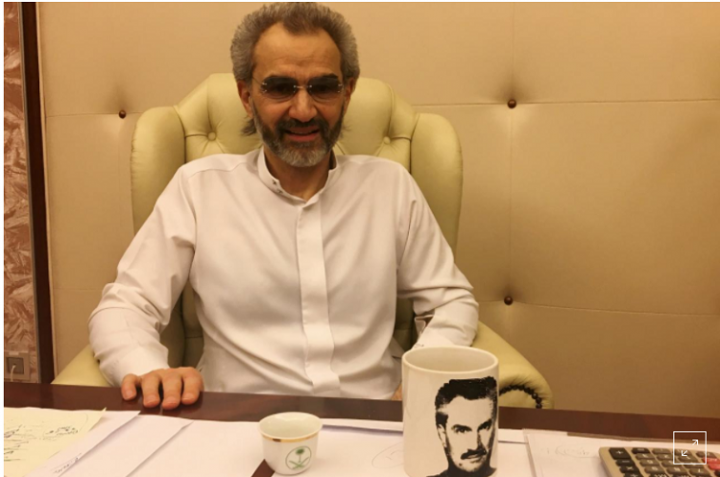 The paid-up capital of Kingdom Holding is 3,706 million shares among which shareholding of Prince Al Waleed is 95%. He owns

The shares of Kingdom holding were trading at a price of SR 9.13 before his release on Thursday, 25th January 2017. In this way, Prince Al Waleed bin Talal who owns around 3,521 million shares of Kingdom Holding has gained SR 5.1 billion ($1.36 billion) for the appreciation in market value of the share.

On Sunday 5th November 2017, after the arrest of Prince Waleed, the share price of the investment company dropped by 9.9% – close to the maximum 10 percent allowed on one day – at the start of trading on the Tadawul Exchange in Riyadh.

This was despite company’s announcement that it made a profit of SR 247.5 million ($66 million) in the third quarter.

Prince Al Waleed Bin Talal is listed by Forbes as the richest Arab with $ 18.7 billion to his name as of March 2017. The Saudi television channel said this decision preserve Saudi Arabia investment climate.

No doubt, he was arrested in corruption crackdown which shows that everyone is equal in front of Justice System of Saudi Arabia.

Prince Waleed was released from Ritz Carlton prison after 2 months free from all the corruption charges. In an interview he said, many people were released earlier but he had to stay a little longer as he has a large investment portfolio.

As the Saudi Government has released from free of corruption charges, it has positively impacted the stock market and the share price of his company as well.