Home Social Issues Islamic Information How many times Hajj is suspended in the history?

If Hajj is performed with a limited gathering this year, it will not be the first time. History claims that approximately 40 times in the last 1400 years the Hajj was either canceled or performed by extreme law number of people.  Here is a brief history. 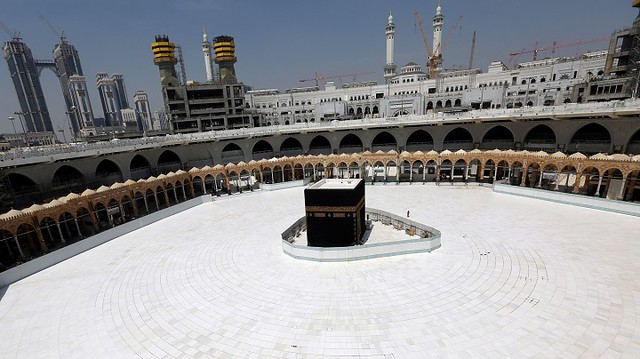 In 865 AD Ismael Bin Yusuf (Al Safek) first led the rebellion against the Abbasid Caliphate and killed a large number of pilgrims gathered at the mount Arafat performing the rituals of Hajj, thus the Hajj could not be completed that year.

In 930 AD, the Hajj was canceled for 10 long years. According to the Saudi King Abdul Aziz Foundation for Research and Archives, this was the most infamous cancellation of the Hajj.

The Qarmatians took over the Holy city of Mecca and considered Hajj as the atheist ritual. In 930 AD Abu Taher attacked Mecca during the Hajj season and killed 30,000 pilgrims while mockingly chanting the verses of the Holy Qur’an. After killing them their bodies were put in the sacred Zamzam well. The Qaramtians also stole the black stone.

Hajj was suspended after a disease gripped the city of Makkah claiming the lives of many pilgrims.

This year the travel agencies rose the Hajj prices to the peak after which Egyptian pilgrims could not perform Hajj.

No pilgrims from the East or Egypt came for Hajj.

The partial suspension of Hajj meant that only a few Iraqi pilgrims could reach Makkah to perform Hajj.

Iraqi, Egyptian, Central Asians, and Nothern Arabian Muslims did not perform Hajj due to fear and insecurity.

Conflicts around the Muslim world prevented pilgrims from reaching Makkah and to perform Hajj.

Egyptians could not perform Hajj due to the Kurdish commander’s attempt to expand his rule over their country.

No people from outside Hijaz could perform Hajj owing to tensions and conflicts in the region.

The plague spread in the country resulting in the death of about 8,000 people. This year the Hajj was suspended.

In 1831 AD a disease spread widely from India that resulted in the death of three-quarters of the pilgrims. This year the Hajj was suspended.

In 1837 an epidemic spread that halted the Hajj. This epidemic killed hundreds of pilgrims daily.

In 1858 an epidemic spread and the pilgrims escaped to Egypt from Mecca.

In 1864 thousands of pilgrims died due to disease outbreaks.

In 1871, a serious epidemic hit the city of Mecca that resulted to build a quarantine in Mecca on the road from Mecca to Medina. Many doctors were called from Egypt.

During the 1892 cholera outbreak, the Hajj was suspended because the outbreak coincided with Hajj resulting in a great number of deaths.

In 1895, Typhoid and dysentery outbreak spread that originated from Medinah. 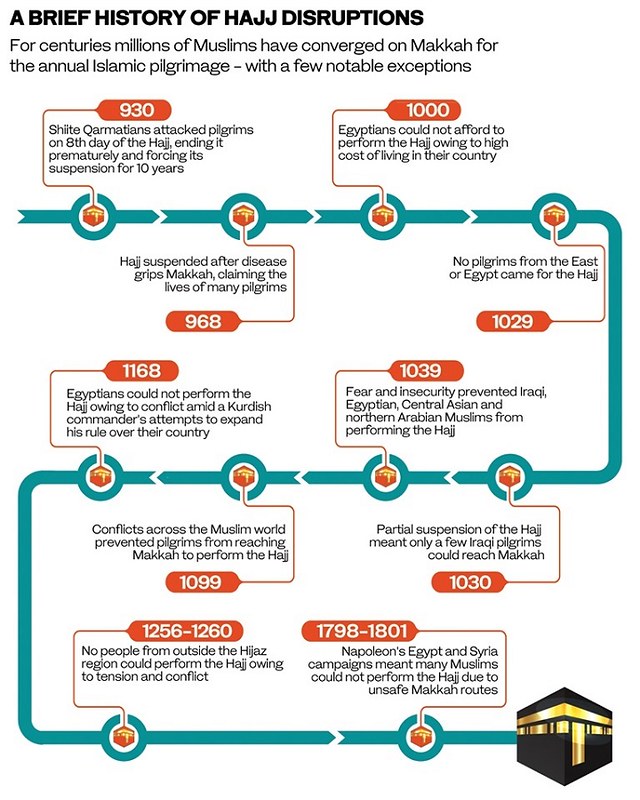