The dependent fee levied on expats living in Saudi Arabia brought with itself many changes in the economic and social structure of Saudi Arabia. We might feel nothing will change, yet we will soon realize that this tax can cause multiple changes in the future and near future.

The current financial crisis and the dependent fee has made many expats leave the Kingdom as they could not afford it. Many have left while others are thinking of it. One of the prominent changes has already occurred in the real estate sector. As expats are leaving the Kingdom, the demand for real estate has gone done.

You see, the houses and apartments they used to reside are there but no one (well very fewer people/families) is there to fill them. As expats were living in rented apartments and houses, the rents of these houses/apartments have fallen down drastically. (as demand goes down, so does the price)

Saudi Arabia has experienced a fall in residential rents after decades. According to real estate agents when compared to last year’s rent, this year’s rents are significantly low.

The main reason being expat leaving the country. As agents and residential owners both are facing difficulty in finding tenants, the owners are charging rent that is 5-8% less than the rents charged last year.

Some have even made an offer that families can live in vacant houses/ apartments without paying rent for the first month.  Well, the decline in residential rents has alarmed many people. The owners are desperately looking for tenants.

Today I want to share my personal experience of how I forced the landlord of my building to reduce the rent from SR 42,000 per annum to SR 36,000 per annum. I live in a building which has 32 flats. 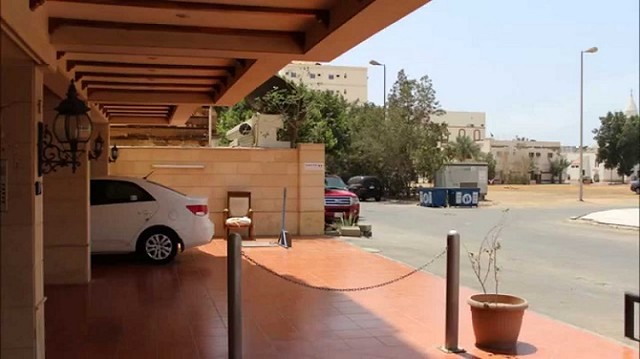 As the rents were going down, even the landlord of our building was expecting a demand from tenants to reduce the rent. In expectation to this, he sent a letter to all the tenants before the time of receiving rent that he has reduced the rent by SR 2,000.

While other tenants were happy, that the landlord has reduced the rent, I found an opportunity. I lobbied with other tenants and ask them to get together and come on a single page.

At least 5 flats in our building were vacant and the landlord was not finding suitable tenants to fill the flats. We got together and when the landlord came to collect the rent, we informed him that we cannot even pay SR 40,000.

We asked him to reduce it to SR 30,000. He speaks English well, so communication was not a big issue. He didn’t agree and went away. Next time when he came, he met with some tenants of the building and told them that he will reduce the rent to SR 38,000, but none of us agreed as we had decided earlier.

We knew that if we stay together, he will kneel down. He used to get SR 1.6 million rent from the building, he must be in need of money, if we hold the rent, we can gain a little more.

Next time when he came, he told everyone to leave the flat as he was not going to reduce the rent from SR 44,000. For his surprise, all of us agreed to leave the flats and told him that we will be looking for another flat, as soon as we find another one, we shall leave the building.

This reaction was unexpected to him. He left the building again and came back the next day. The next day he came back again, the frequency of his visits was telling me that he needs money urgently.

He finally told us that he is going to reduce it to SR 37,000. Now many people started asking to pay the rent for only 3 months and not 6 months. Some people even were saying that they will pay only for one month. He wasn’t too happy.

Next year,  more expats would be leaving the Kingdom. If more expats leave Saudi Arabia, we might end up with a huge decline in residential rents and many people might suffer from it.