Home Islam Islamic values How can we pray inside the Holy Kaaba?

Muslims from all around the world pray Salah facing towards Holy Kaaba which is situated in Makkah. It is an earnest desire of almost every Muslim to pray inside the holy Kaaba as we have seen many Muslim leaders doing so.

Hadith related to praying inside the Holy Kaaba

‘A’isha (Allah be pleased with her), wife of Allah’s Apostle (ﷺ), heard Allah’s Messenger (ﷺ) as saying: If your people, had not been recent converts to Islam, I would have spent the treasure of the Holy Kaaba in the way of Allah and would have constructed its door just on the level of the ground and would have encompassed in it the space of Hijr (Hateem). Sahih Muslim 1333 d 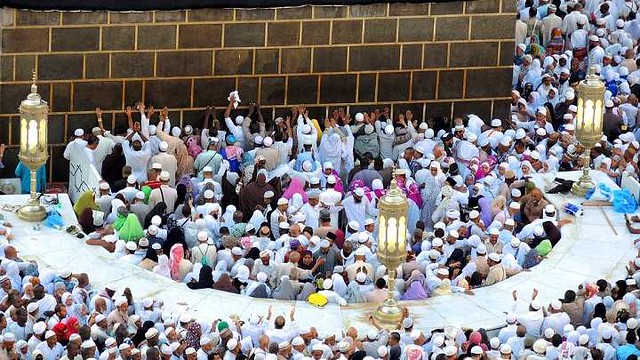 This is the reason, you will always find this place fully crowded as people love to go there to offer 2 rakah of Nafl and pray to Allah. You will find this place empty during the time when Imam is leading the prayer in Masjid al-Haram as you cannot pray a fard Salah inside the Holy Kaaba while Imam is behind you.