This is a true story shared by one of our Muslim sisters. She was in Makkah to perform an Umrah. It was her last day and she was sitting at Haram waiting for her son to come after Isha. She would perform tawaf before and after Fajr. But that day, before Fajr, she found the gate to mataaf being locked.

The rude behavior of Policemen

Not understanding the reason, she went to the policeman standing at the gate. She inquired about the reason for the closure and the time it would get open. However, instead of giving a reply, he asked her to go away. He did not even utter a single word, yet gestured it through his hands.

At this, the sister felt humiliated and ashamed: why wasn’t her question being answered? The sister asked her that he should answer her and the way he is treating her is not right. The policeman further ignored her and laughed along with the other policemen. Recommended: 7 Unknown Facts about Hajr-e-Aswad

The policeman tried to snatch her mobile 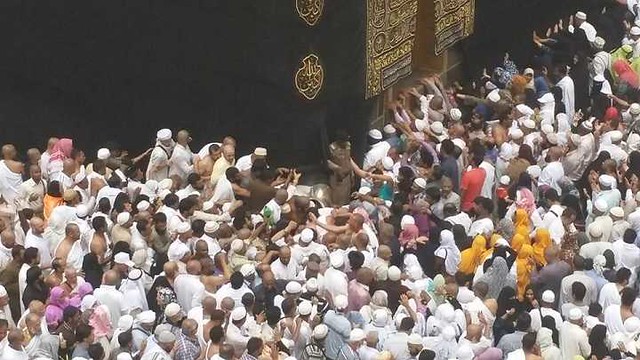 She went to the main gate and asked the policeman where she could find help. The policeman did not understand English yet was willing to help. She thereby gave him her mobile and asked her to write her problem. She wrote ‘if I have any problems who should I go to.’ She translated that into Arabic and understood.

He inquired about the problem. The sister did not want to disclose her issue here and asked him that she wanted to meet a sheik or an officer. She was then directed to go to gate 79. Recommended: How was the black stone (Hajr-e-Aswad) stolen from Makkah?

The sister went to register a complaint

There was an office for sheikh there and the people greeted the sister well. They listened to her issue and asked her to show the photograph. After seeing the photograph, the very policeman was called. He showed up and apologized for his rude behavior.

The policeman came and apologized

He responded in Arabic, the sister didn’t understand what he said yet was told by the sheik that he is apologizing for her behavior and is seeking forgiveness.

The sister replied that she has forgiven him, however, she needs to understand that what he did wasn’t right at all. She needs to make sure that he doesn’t do this to any woman”.

They translated it in Arabic for him, he uttered something in Arabic and then the sheikh surprised the sister with these words: ‘He will take you to Hajr-e-Aswad to kiss the stone so that you forgive him.’ Recommended: Why are 24 guards assigned to protect the Hajr-e-Aswad?

He took her to the Hajr-e-Aswad

The sister could not understand what was happening: how come she be so lucky! The policeman escorted her to Haram and straight to the Hajr-e-Aswad. Hajr-e-Aswad is a black stone that has been blessed down from Jannah.

There were only 10 minutes left to the Fajr azan and a group of people was waiting for their turn to see the stone. The policeman asked everyone to move aside and asked the sister to go and kiss the stone.

This was a great honor for the sister. She could not believe her luck and how Allah Almighty had fulfilled her dua. She dipped her head and kissed the stone. 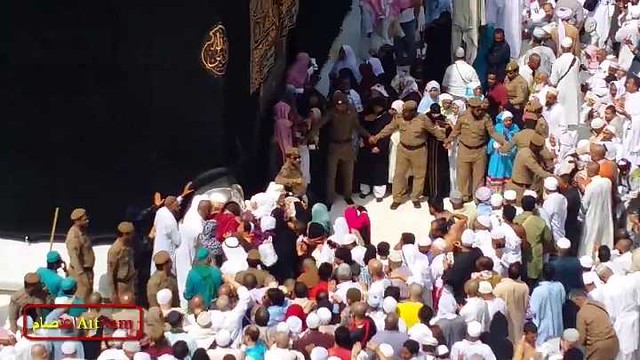 She was crying while kissing the stone

He kept on repeating ‘Subhanallah’ and ‘Allahu Akbar’. She was so mesmerized that one of the guards had to ask her to come out.

Tears roll over her cheeks as she remembered the prayer she had made during the tawaf: ’Oh, Allah I came to your house 4 times, but couldn’t even go near the Hajr-e-Aswad. Next time I come, maybe it won’t be possible for me to kiss it. Oh, Allah, I know it is not important but I want to kiss this stone from heaven.’  Indeed Allah Almighty listens to every dua made. He is the Rabb of all and can perform miracles!