According to a recent statement by a Saudi writer Dr. Ahmed Al Arfaj, the housewives in Saudi Arabia should be paid a salary. He said this while he was being interviewed at the Rotana Khalijiya’s Ya Hala program.

There was a segment where he was presented with a bouquet of flowers and was asked to dedicate it to someone. On this, he dedicated the bouquet to the unknown soldiers i.e. the housewives. He continued that all occupations have a union, however, the housewives are the ones who are the true soldiers.

We don’t appreciate the work of Housewives

When they are at home, no one tends to acknowledge them, yet when they are not at home, everyone notices it. They are the ones who manage the house as no one can. He also expressed that the way countries like Kuwait are honoring their housewives by providing them salaries, Saudi Arabia shall follow suits.

These statements by the writer made everyone talk on the matter and indeed in a rightful manner. Be it, Saudi men or women, the people are expressing their thoughts over it. The housewives around Saudi Arabia said that they could not agree more with the writer. Their work has never been appreciated. Housewives are worthy of appreciation as well as salary. 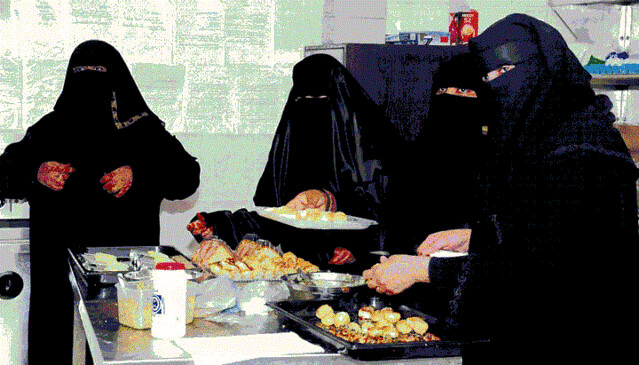 Being a Housewife is a thankless job

One of the social media user, who is also a housewife commented that “I am a housewife and I’d like to thank myself for all I do because no one else does.”  Many Saudi women are now in the hope that their work would get appreciated and the writer’s words would become a reality and they would get pay against their work.

Women have called the writer their hero! A hero who has given their demands a voice! The housewives in Saudi Arabia have been demanding appreciation. For years, there has been no appreciation and pay for the Saudi housewives as it is deemed that it is their duty as they are “women”.

How much to pay to Housewives?

He then went on to add that if all the women who work at home in the kingdom are paid just 1,000 riyals per month, it’ll only cost the kingdom 6 billion riyals per year.

Yet it is time that we appreciate our women for taking care of our homes and children. Saudi men have a little hand in looking after their homes and even children. The home and children have been the ultimate responsibly of women.