A Bangladeshi domestic who has been working in Saudi Arabia uploaded a video pleading for help. In her video message, she described the abuses she had been facing while serving the Saudi household. Sumi Akter, who is 25 years old has been working as a domestic help in Jeddah.

In the Arab world, domestic workers work under the Kafala system. This system appears to be good, yet due to certain loopholes, the domestic workers face human rights violations. The system has been under controversy for years.

The video has sparked outrage not only in Saudi Arabia but also among different countries. The video message is in Bengali, yet no one can underestimate the tears pouring down from her eyes and pain in her voice.

The young lady, who seems to have been aged due to constant pain and fear, told that her Saudi employee would lock her up in the room for days and literally starve her for days. She has faced physical and sexual abuse.

She told in the video message that she might live longer, but she needs help. In the video, she says that hot oil was poured on her hands. She is locked up for days and is deprived of food. She told that her previous employers also tortured her and now the currents ones have made her life miserable.

She pleads to be rescued and returned to the home. She has faced enough of sexual and physical assaults. Her husband has given an interview to Agency France Press (AFP) briefing that they have tried their best for her return, yet none of their efforts have been fruitful.

The Bangladeshi government has intervened

The Bangladeshi government has also asked the Saudi government to ensure the safe repatriation of Sumi Akhter.

Akter’s case surfaced after the death of a fellow Bangladeshi worker. Nazma Begum had been working in Saudi Arabia and had been subjected to an unjust work environment. She was ill and wasn’t treated, she even begged her soon to rescue her, yet only her dead body was rescued by her family. 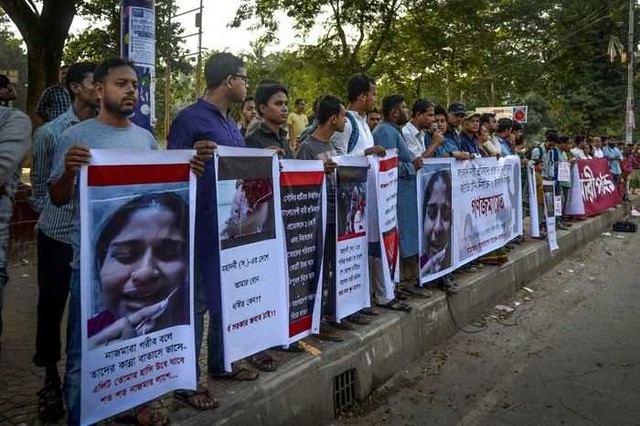 Both Akter and Begum were trapped in KSA after telling them that they would be appointed as hospital janitors, yet they were forced to face domestic violence.

After taking notice of such unpleasant violations in the Kingdom, Bangladeshi Foreign Minister A.K. Abdul Momen told that only a few handfuls of people are responsible for this and that Saudi Government is not involved in it. Saudi government is not making victims, it will take action against it.