Khokha Abi Bakar Siddique means the window of Abu Bakar Siddique رضي الله عنه. In Arabic vocabulary, Khokha means a large window. A window is placed in the form of a small door between the two houses. 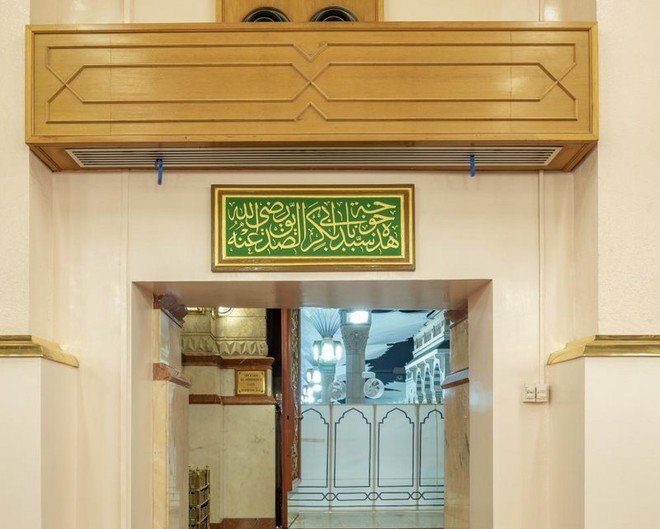 Khokha Abi Bakar Siddique is located west of the Prophet’s mosque. It is after the last pillar on the top of the old mosque.